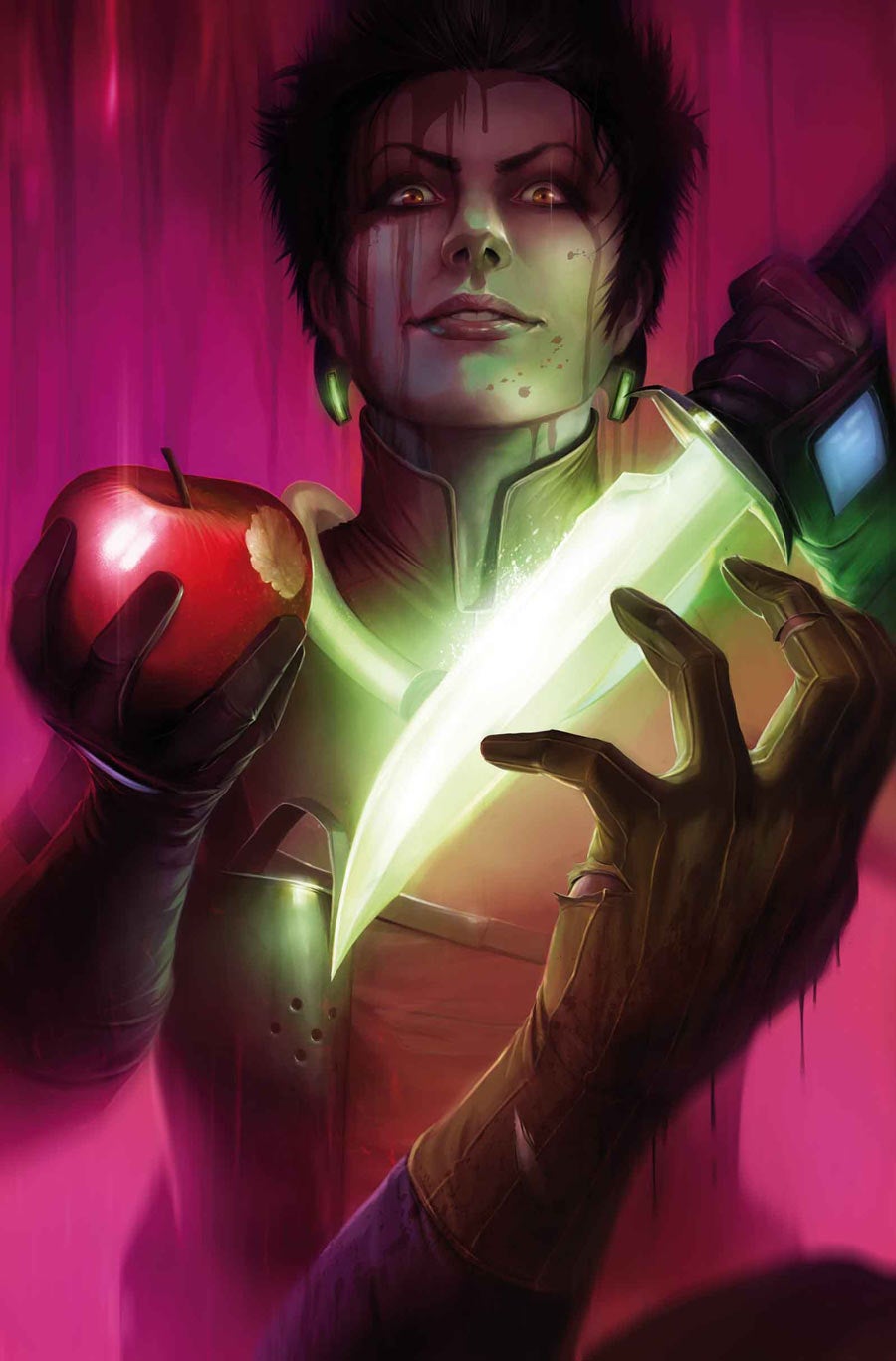 Avengers Undercover is a series that could have run for a long time. The first five issues introduced a unique setting in the underground city of villains called Bagalia. It came loaded with an expansive cast worthy of its size. That was in addition to the return of the central (surviving) cast of Avengers Arena, a group of teenagers who had plenty of baggage before they were forced into a kill or be killed tournament. With all of these characters, motivations, and ideas stuffed into a single comic there were ample stories to tell. Then it was announced that Avengers Undercover would be cancelled after ten issues, leaving the creative team a limited amount of space to wrap up everything up.

Even with that consideration in mind, the final issue is a mixed bag.

The ending itself is great. After the events of both series, it’s absolutely deserved and artist Tigh Walker does an excellent job of providing the right sense of enthusiasm and joy to some of the final pages. The story has never provided much room for fun; a focus on death matches and undercover villainy has left little room for levity. So when a few characters receive a reprieve, Walker lights up the page with their activities and smiles. It’s a brief sequence, but he knows exactly what to do with the surviving teens. This put a smile on my face because I was invested in the heroes of this series.

One thing that has been consistent throughout the entire story has been writer Dennis Hopeless’ characterization of the teenagers involved. They have always behaved like real human beings with distinct personalities. Even when they made mistakes, I found myself rooting for them because they felt like people, not caricatures of superheroes. That investment provides the conclusion with well earned emotional weight.

My biggest issues with the conclusion come with how it is reached.

The series has been building to Baron Zemo’s master plan over the course of ten issues. When it is revealed, it is actually impressive from both a technical and storytelling point of view. That’s the problem. Hopeless uses Zemo’s plan to present a very interesting idea, one that is worth exploring. It not only taps into something interesting in this fictional setting, but also reflects something about the world we live in. There’s no time to delve into it though. It has to be dispatched as quickly as it is introduced in order to conclude the series. The quality of ideas presented makes the presentation so much more dissatisfying.

Unfortunately, the characters that have earned an emotional investment over the course of 28 issues barely appear either. Most of what occurs here happens to people, not because of them. Of the central cast of seven teenagers, only one makes choices of significance in this issue. The rest are placed in the role of observers. Sub-plots are left unexplored and many of these young heroes are left without a chance to finish their character arcs.

Avengers Undercover and Avengers Arena have both been surprising highlights in Marvel’s lineup - consistently good comics. Yet the conclusion to this story doesn’t live up to what came before it. There are engaging characters and ideas present, but not enough space for most of them to do anything memorable. The series may have been forced to conclude earlier than planned, but that doesn’t make this rushed finale any more satisfying.