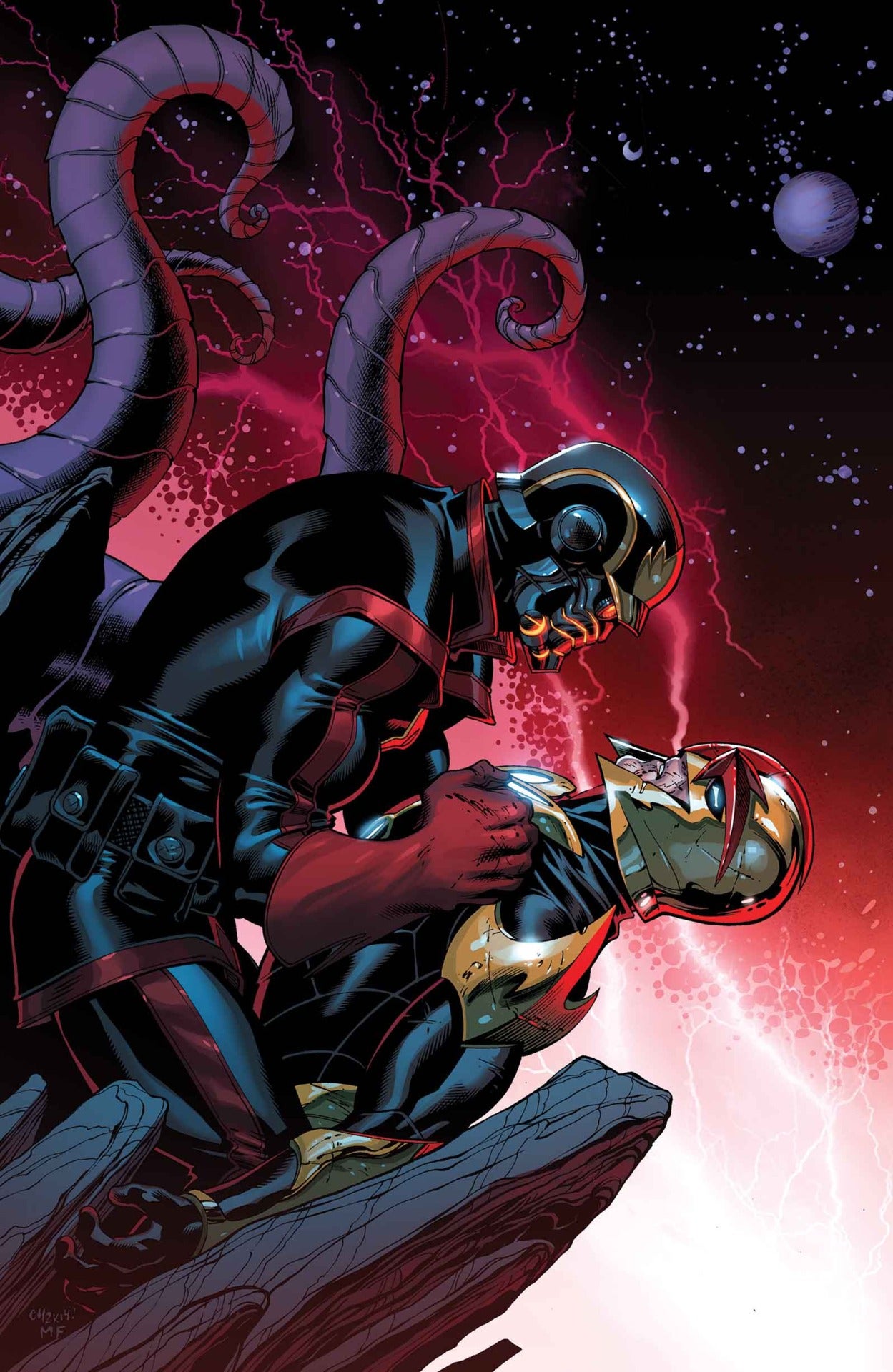 When reviewing Guardians of the Galaxy #18, I talked about the lack of momentum and events in the story. It was a real problem and I had a hard time justifying why the story should exist. Brian Michael Bendis works to correct that problem in the second part of this Original Sin tie-in. The story is still very decompressed and there’s not much in the way of character moments, but it’s a lot more fun to read.

That fun is generated by things actually happening. And, more importantly, those things are actually interesting. Whereas the previous issue picked up on a story thread from more than two years ago and spent twenty pages circling the same point, this one allows itself to dive headlong into whatever comes next. That’s important in a setup like this. Everyone reading Guardians of the Galaxy knows the outcome of this particular plot. Who dies and who lives are not even concerns. They’re known quantities. The interesting thing that Bendis can play with is the how of the matter. He twists that answer around with a couple of unexpected developments in this issue.

The twists in Guardians of the Galaxy #19 help the story to gain momentum and recapture the reader’s attention. The same four characters continuing the same fight in the same location was not engaging. Yet when some natural laws are inverted and a new set of antagonists are introduced, it’s much easier to pay attention. The question of how becomes fascinating because the answer is no longer clear. Even one plot twist that relies on a heavily overused trope becomes amusing because it provides a challenging antagonist for four of the most powerful heroes in the Marvel universe.

Ed McGuinness is the real highlight of Guardians of the Galaxy once again. He locks onto the over-the-top craziness of superheroes fighting in an alternate universe, then exploits that to great effect. The twists in Bendis’ story are played for maximum impact with splashy reveals. There is an innate silliness to some of the concepts at play and the humor of those ideas is allowed to come through. McGuinness is clearly having fun illustrating the story and his art invites readers to have fun as well.

The momentum of McGuinness’ art does a lot to keep the story moving. He constructs two-panel compositions that pull the eye back and forth with operatic action. When the story thrills, its because of how McGuinness presents these big action beats. The issue would read at a regularly fast pace if not for the framing device of Gamora interrogating Peter Quill. It slows, but doesn’t quite kill, the comic’s momentum. That wouldn’t be such a sin if it served a larger purpose, but only really acts to remind readers they are reading a story that is two years old.

This tie-in still doesn’t manage to feel particularly important or necessary. There’s no real emotion behind these pages, but they are fun to read. Guardians of the Galaxy #19 is entertaining and that’s a step up. It is not a story that will stick with you or that you will be inclined to return to, but it may make you stop to appreciate a few pages and put a smile on your face. That’s not bad.

REVIEW: Guardians of the Galaxy #19