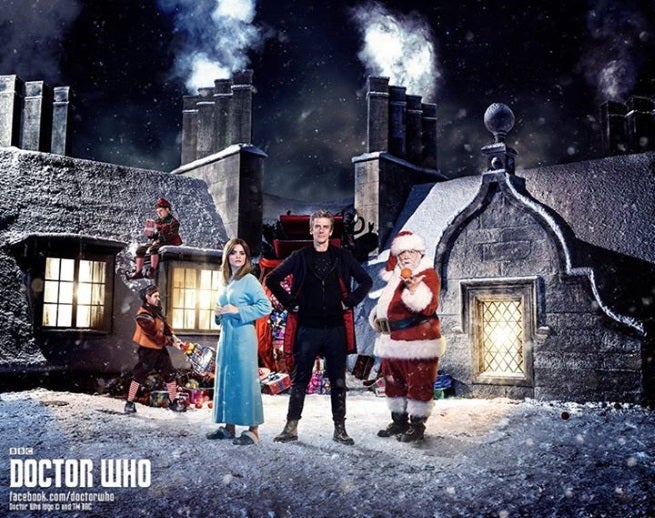 The BBC has announced the title of the 2014 Doctor Who Christmas Special, “Last Christmas.”

The BBC accompanied the announcement, made on the Doctor Who Facebook page, with a new promo image, featuring Peter Capaldi as the Doctor, Jenna Coleman as Clara Oswald, and guest star Nick Frost as Santa Claus.

The Doctor Who Christmas Special is an annual Doctor Who tradition. This year’s will be Capaldi’s first, following his Series 8 debut as Twelfth Doctor.

This year’s Christmas Special comes amidst rumors that it will be Coleman’s final episode. Coleman and the BBC have refused to comment on the rumors, saying to do so would spoil the story. This seems to indicate that, whichever way things go, that the episode will be a major turning point for Clara Oswald.

The 2014 Doctor Who Christmas Special, “Last Christmas,” will air Christmas Day on the BBC and BBC America.