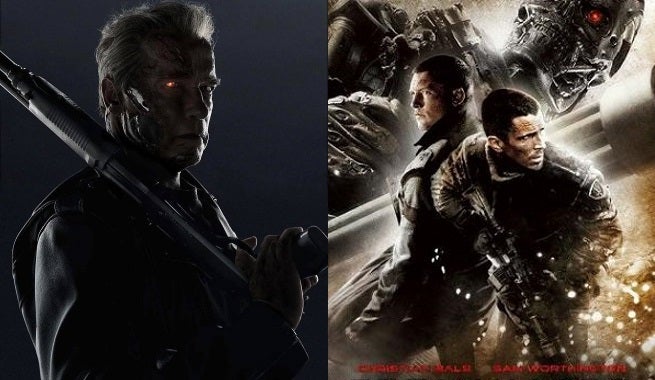 Arnold Schwarzenegger returning for his fourth outing as star of the Terminator franchise in Terminator Genisys this july. After having appeared in The Terminator, Terminator 2: Judgment Day, and Terminator 3: Rise of the Machines, he sat out Terminator: Salvation while he was in office as governor of California.

So what did Schwarzenegger think of the fourth film in the franchise? He gave Good Morning America a pretty honest accounting when asked about it.

“Thank god,” Schwarzenegger said when his absence from Terminator: Salvation was brought up. “It sucked.”

Schwarzenegger is hoping to turn things around for the franchise, and says he hopes that it goes “through the roof” so that the studio has reason to make Terminator Genisys into the first film of a trilogy.