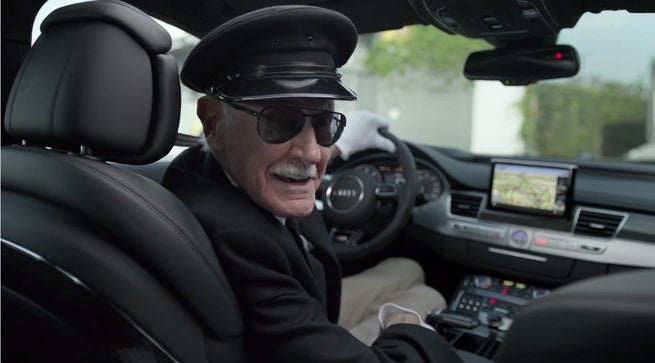 Audi has released a new commercial, loosely tying into the release of Avengers: Age of Ultron, which stars master cameo actor Stan Lee as he tries to pass the secrets of the craft onto students in his cameo acting class.

Lou Ferrigno also shows up for an ironic cameo. Check it out below: