In the upcoming February 2017 issue of Kodansha's Monthly Shonen Magazine is announcing that there will be an anime adaptation of Tomo Takeuchi's Welcome to the Ballroom (Ballroom e Yōkoso - Sweep Over the Dance Hall).

Following the success of the popular anime Yuri!!! On Ice, it appears that the market for sport’s anime is growing, and Welcome To the Ballroom could be the next big hit internationally.

The manga’s third volume will be published in North America in January, and from Kodansha Comics describes the story of the series as follows:

"Reckless high school student Tatara Fujita wants to be good at something - anything. Unfortunately, he's about as average as a slouchy teen can be. The local bullies know this, and make it a habit to hit him up for cash, but all that changes when the debonair Kaname Sengoku sends them packing. Sengoku's not the neighborhood watch, though. He's a professional ballroom dancer. And once Tatara Fujita gets pulled into the world of the ballroom, his life will never be the same."

The series began back in 2011 in the Monthly Shonen Magazine, and it eighth compiled volume in was published on October 2015. Once Welcome to the Ballroom hits televisions, it will join a long line of all-star sports anime series like Haikyu!! and Chihayafuru. In the past few years, the subgenre has seen a resurgence thanks to abroad streaming sites like Crunchyroll and Funimation, so fans are excited to see a new franchise come into play. After seeing the fluid brand of animation style brought to life in Yuri on Ice, Welcome to the Ballroom is sure to please fans with its complex choreography and quirky characters. 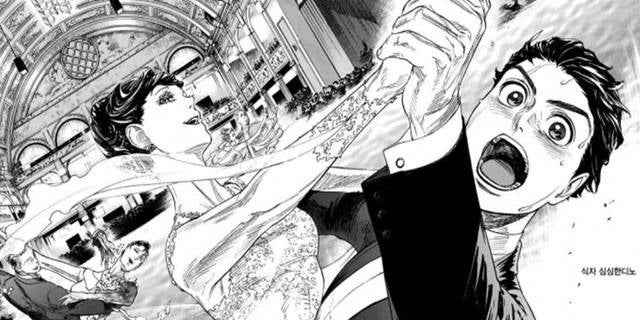 Welcome to the Ballroom Manga To Get Anime Adaptation