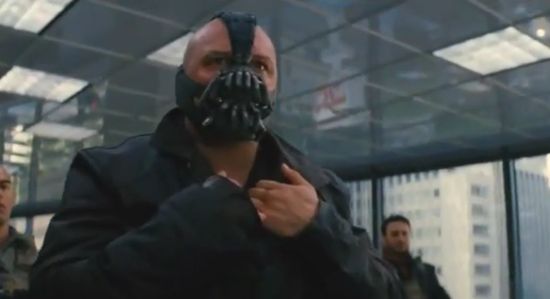 5. Bane Has A Creepy Voice – Bane’s voice has been one of the biggest controversies of The Dark Knight Rises so far, and the commercials will likely do little to change that. While some are still claiming to have problems understanding Bane, others have found his voice in the commercial to be delightfully creepy. For the record, Bane says, “Gotham, this is your liberation” and not “Goat ham, this is your lubrication” as some are claiming. Personally, we didn't have any trouble understanding Bane, and we think the commercial gives the best example of how Bane's voice actually makes him sound more menacing, which is likely exactly how Nolan intended it to be. 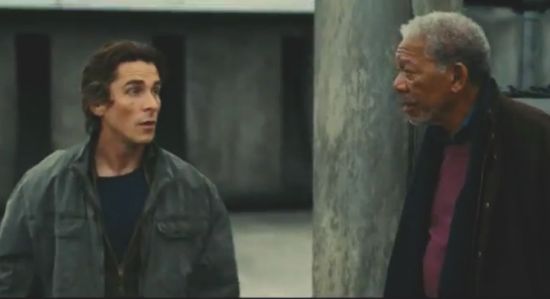 4. Now With More Humor Added – It evidently wasn’t lost on the suits at Warner Bros. that The Avengers expanded their audience appeal by incorporating some humor. While The Dark Knight Rises will be far from a comedy, the commercials are definitely highlighting some funny one-liners. Remember where you parked? 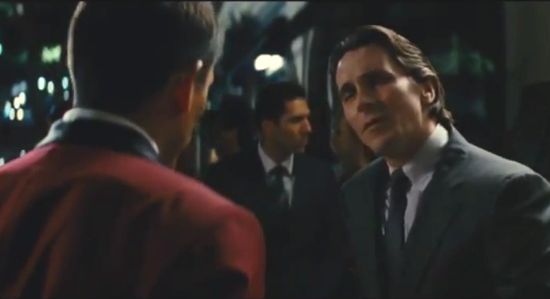 3. Gotham Valets Are Gullible – Speaking of humor, in perhaps the funniest scene, we learn that Gotham valets will totally give up the Lamborghini keys to an attractive woman claiming to be someone’s wife. After the valet tells Bruce Wayne that his wife said he was taking a cab home, he stammers, “My wife?!?”

2. It’s Skinny Batman – Remember how Christian Bale lost all that weight for his role in The Fighter. Well, it looks like he hasn’t exactly put all his previous weight back on yet. With extended footage of Bruce Wayne and Batman, the commercials make it apparent we’re going to see our skinniest Batman yet. In the tunnel scene, Batman’s legs look especially skinny. Of course, some are speculating that might not be Christian Bale in the Batman suit in that scene. 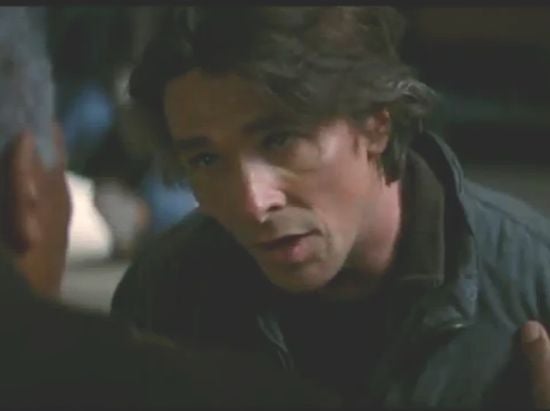 1. Batman Needs A Haircut – In the third Dark Knight Rises trailer, we were introduced to Bruce Wayne sporting a beard and mustache. Now, we have a Bruce Wayne desperately in need of a good haircut. A shaggy-haired Bruce Wayne tells Lucius Fox, “I need you to get me back in the game.” We’re imagining that the next line from Lucius Fox is “First thing is we’ve got to get you to a barber.”