Rumors hit the Internet yesterday that screen legend Robert Redford is in talks with Marvel Comics to join the cast of Captain America: The Winter Soldier. Reportedly, the actor would play a senior S.H.I.E.L.D. official, leading many fans to draw parallels between the aging actor and the original Nick Fury, Agent of S.H.I.E.L.D. from the comics (a white man with graying hair).

And while some expressed reservations about the casting--"In 2013 are people excited about Robert Redford?" asked one of the regular commenters on our Facebook page--most fans responded with enthusiasm, making the story one of our most-read yesterday.

So why are we so sure he's a good fit for the Marvel Universe?

He was almost Superman.

That's right, kids. Back when Warner Bros. were pulling together the classic 1970s Superman film, Robert Redford came about as close as anyone not named Christopher Reeve to donning the blue and red.

Depending on whose version you believe, Redford either wasn't interested, was too expensive, or got cast and then was reconsidered by director Richard Donner, who felt Superman should be played by an unknown. In any event, Redford has accomplished much during his years on the screen--wouldn't it be kind of cool to see him land a superhero role after the biggest one got away?

He Totally Could Be Old Man Fury.

Given the grizzled look of latter-day Sundance, we could see him pulling off Old Man Fury.

While Marvel Comics have nixed the idea that "Nick Fury" is a codename given the head of S.H.I.E.L.D., that theory has found traction with fans over the years, and has been especially popular since the publisher decided to create a more movie-friendly Marvel Universe wherein they imported the "Ultimate" Nick Fury into their mainstream superhero universe and essentially put the guy who's been on it since the '40s out to pasture.

Butch Cassidy and the Sundance Kid

Let's face it--Butch and Sundance are the template for the kind of snarky, smarmy, lovable jerk-style of hero that Robert Downey, Jr. plays in the Iron Man films. 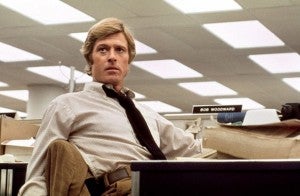 All the President's Men

The film has been described as having a '70s spy thriller vibe--and while All The President's Men might be a bit on the dry side and short on actual thrills, certainly there were very few spy/detective stories in the '70s more impressive than the Watergate scandal--and the accompanying film in which Redford played Washington Post journalist Bob Woodward.

One of the roles that he's still most celebrated for, Redford and Dustin Hoffman's version of events is better known and more widely accepted by the average American than the actual Woodward and Bernstein version of events from their book. Here's a dude who has helped to rewrite American history. If he wants to be in a Captain America movie, he can be my guest.

3 Days of the Condor

Oh, come on. If we're already going to have The Falcon in the film, why not The Condor, too? I like the symmetry.

This joke made with apologies to veteran comics artist Kevin Maguire, who came up with it yesterday.

A Bridge Too Far

That has to look good on a resume to work with Captain America. I hear Cap hates those guys.

This one is great because it shows that Redford has still got it, even as it pertains to big, bombastic action films. He didn't have to do much, but he was right at home in a more contemporary espionage actioner.

Standing toe to toe with Brad Pitt, he managed to convey power and presence even as an old man on his way out the door. 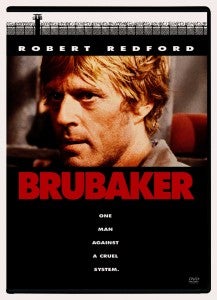 There, he played a smart, approachable Lt. General. The man with a lot of power and a ton of seniority, but who's not a one-dimensional character...which is pretty much what the role calls for, as far as we can tell from what little we've heard.

This was the first thing I thought of when I heard he was in talks. Brubaker is not only the name of a 1980 Robert Redford film (a good one, too!), but also the name of a longtime Marvel Comics writer best known for working on Captain America. His most notable achievement, arguably, being the creation of The Winter Soldier.

Now is that destiny, or what?

Bad Boys For Life to Cross $400M Worldwide This Weekend

GDC 2020 Cancelled Due to Coronavirus Concerns

Star Wars Getting an Immersive and Interactive Exhibit in Las Vegas