Sony shocked and baffled fans and critics yesterday with the early-morning announcement that they would spin off popular Spider-Man villain Venom into his own solo film, as well as Spidey's iconic villain team the Sinister Six into their own.

Nothing has really been established yet, in terms of the actual story or even the characters involved in the films (beyond the fact that Venom is in Venom). The lineup of the Sinister Six is still unknown and the level of connection they might have to Spider-Man is a little up in the air as well, since most of the characters most closely associated with the Sinister Six in the comics haven't yet appeared in the movies (or at least are rumored, not confirmed).

So, aside from the rather substantial talent that comprises Sony's "brain trust" on the films, what is it that has me thinking these movies aren't as terrible idea as many seem convinced they are? 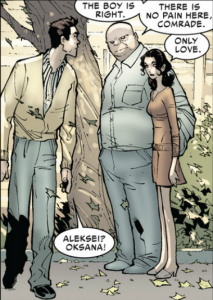 Spider-Man's villains are more complex and human than most.

On the face of it, a movie told from a villain's point-of-view is a hard sell. Bad guys--especially in big-budget action movies--tend to be pretty unsympathetic.

Less so with Spider-Man's villains than most others--at least for the most part.

When Peter Parker died, one of the first people he interacted with in his Heaven-like afterlife in his mind was The Rhino. Remember that? Here--here's a picture!

Electro is being painted in the film as somebody who's been beaten down by the world and is lashing out. Harry Osborn's Green Goblin has, historically, been portrayed as less balls-out evil than his father, and always a bit conflicted since Spidey is an old friend. Black Cat and Venom aren't even villains all the time, having starred in their own series, miniseries or one-shots. Sandman is often one step from breaking good. There are probably more. The point is, Spidey's rogues are more multi-layered than many supervillains. That means even the truly unsympathetic and despicable ones have somebody there in Sinister Six to temper their insanity.

"Darker" movies will separate Spidey from the other Marvel films

Assuming that a supervillain movie is going to be inherently darker than a superhero movie is not necessarily a safe thing to do, but a lot of folks talking about these movies--especially Venom--are doing it anyway. Venom could easily be a horror movie, where the POV character is a victim who has to outwit and survive the symbiotic psycho.

And in any case, a villain-centric movie...what's their version of a happy ending? Bad guys subjugate humanity? Or the main character of the film is defeated and humiliated?  Certainly neither way seems as clear-cut as The Amazing Spider-Man.

So why's all of that a good thing? Because it helps to separate the Spider-Man universe from the larger Marvel Universe and helps Sony to carve out a niche for their "brand."

Part of the success of Joss Whedon's Avengers film is that it drew from the whole of comics history--yeah, there's the traditional meet-fight-team-up that has always been a staple of superhero team-ups, but more than that, he absorbed the Giffen/DeMatteis spirit of the superhero team as a dysfunctional workplace where the stakes are just insanely high. It's not uncommon in superhero stories for those doubts and reservations to dissipate right away after that initial decision to join forces...but in The Avengers, like Justice League International before it, the character were people, with insecurities and distrust and grudges. Especially Iron Man, who rubbed up against Cap and Thor the wrong way for most of the film before all was forgiven when he was willing to sacrifice himself to save the day.

Except Hawkeye. They all just trusted him right away after he bounced back from Evil Hawkeye mode.

Anyway, the point is, there's no reason that can't work with villains, too. Going back to Giffen and DeMatteis's Justice League years, the JLI dynamic was copied pretty faithfully when a group of villains decided to go straight in the Justice League Antarctica Annual. Yeah, by that point the book had deteriorated into a straight comedy more often than not and the villains weren't treated with quite the same respect that the JLI enjoyed in the early days of their own series, but still--the character dynamic was there, and there's really no reason that couldn't work here, too. Villains are inherently harder to wrangle than heroes becuase they're usually fighting for different reasons and different goals. That means a clever writer can put some of those reasons and goals at odds with one another.

People can stop complaining about The Amazing Spider-Man 2 now

Are you as tired as we are of hearing people concern-trolling the new Spider-Man and Superman movies, saying essentially that nobody except Joss Whedon can pull off a superhero team-up film and that multiple leads/villains will inevitably lead to another Batman & Robin/Spider-Man 3-style disaster?

Well, with a Sinister Six movie on the horizon, it seems likely that all the next Spidey flick will do is lay the groundwork for these character to exist in-universe, or maybe have a cameo. Once upon a time, people were really excited about that prospect...right up until they started to think every character in the movie would get screentime and it would turn into a giant mess.

So...can we just assume for now that it won't be horrible until we see something that actually looks bad?

This shows a long-term plan

Plans like this don't just crop up overnight--especially with some of the names involved in these projects, who have busy schedules. This announcement suggests that Sony has been actively trying to figure out a long-term plan for Spider-Man for a while now--perhaps since the failure of the Raimi franchise, although that's probably too generous.

Marvel has been given a lot of credit for gradually rolling out their plan, while Warner Bros./DC has taken some criticism from fans for rolling their universe out aggressively in Batman vs. Superman. Spidey, here, is playing a kind of middle ground, crafting spinoffs that will inform the main series but not necessarily have direct links in and out of specific points in the plot. 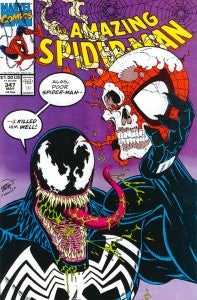 Venom's development hell is over.

Whether you think a Venom movie is a good idea or not, Hollywood does--and they have for years. It wasn't long after Venom's '90s-era series of miniseries that the movie people started trying to think of how he might work onscreen, and the failure of Spider-Man 3 did little to convince them that the character wasn't suited, as the movie we're now finally going to see went into pre-production (with Chronicle's Josh Trank coming on later) shortly after The Amazing Spider-Man did.

It's been nothing but false starts for years, though, and Trank's attachment to Venom seemed to end as soon as he picked up Fantastic Four so while Sony hadn't yet admitted that version of the movie was dead, it certainly seemed that way to observers.

Now, it's part of a major push at the studio so if Venom fails to materialize at this point, it's likely to be a huge black eye for Sony. It's also probably their last chance to make hay with this character, since if the movie collapses under its own weight again, it's hard to imagine them going back to it right away...and most fans think that, sooner or later, Sony will miss a deadline and the Spider-Man rights will revert to Marvel.