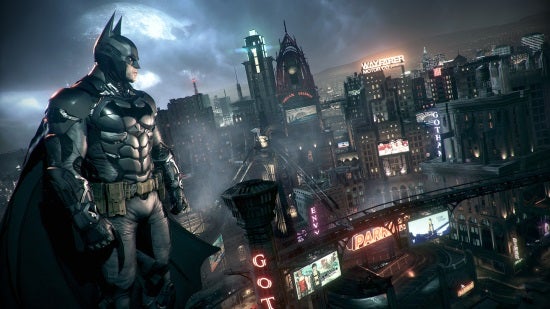 The trailer features many gameplay elements familiar to fans of the Batman Arkham series, such as gliding through Gotham City, using Batman’s gadgets, and intense close quarters combat.

The trailer also gives us our first look at Arkham Knight’s most significant new gameplay addition, the Batmobile. In the trailer, Batman can be seen leaping into and out of his signature ride, driving through the streets of Gotham and riding up the sides of a tunnel.

Towards the end of the trailer we see the titular villain of the game, the Arkham Knight, in action for the first time. He gets the jump on Batman, not an easy thing to do, and takes him down. In voiceover, he says, “There is no savior. No more hope. No more Batman.”

Batman: Arkham Knight is the final game in Rocksteady’s Batman Arkham series. Scarecrow unites Batman’s rogues’ gallery against their common enemy to take him out once and for all. Scarecrow threatens to unleash fear gas on the entire city, causing it to be evacuated. Batman is left alone in a city full of criminal gangs led by his most fearsome enemies.

Batman: Arkham Knight is scheduled for release on PC, Xbox One and PlayStation 4 on October 14, 2014. 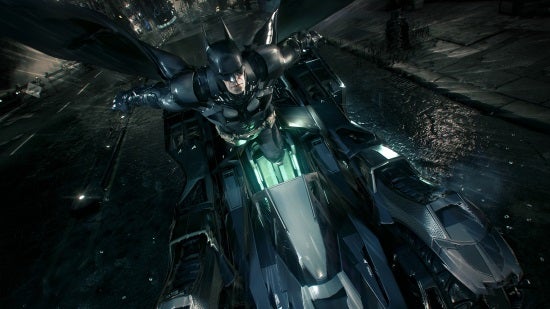 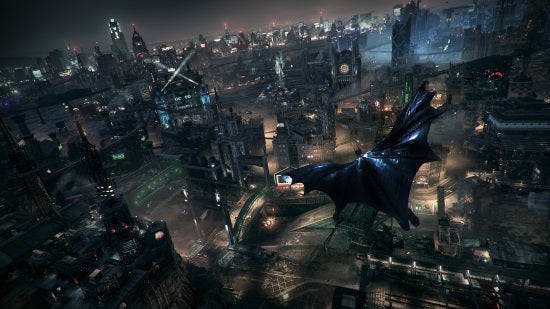 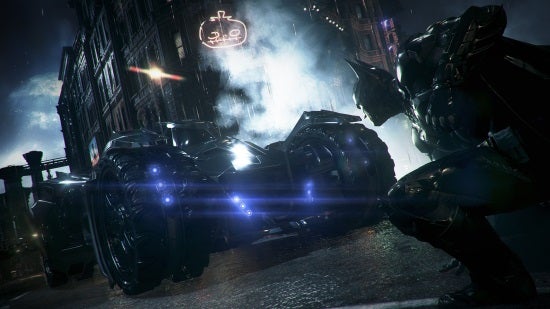