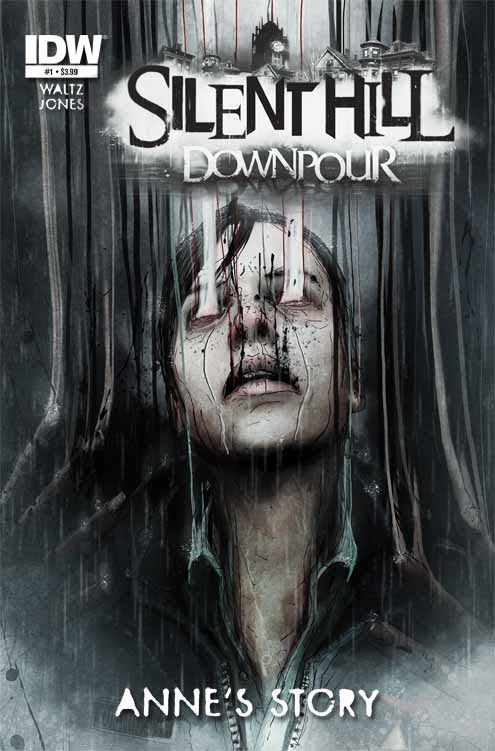 IDW Publishing announced today that they will return to the world of the hit video game franchise Silent Hill with Silent Hill Downpour: Anne’s Story.

Featuring the dark origins of Downpour’s antagonist, this new comic book series will delve deeper into the history of prison guard Anne Marie Cunningham as well as further explore the fog-shrouded haunted town that is caught between realities.

Having written both previous Silent Hill series at IDW, Sinner’s Reward and Past Life, as well as co-written the video game Silent Hill Downpour, Tom Waltz returns to the foggy town that bleeds horror.

“This will be my fourth foray as a writer into the dark side streets and alleyways of everyone’s favorite haunted vacation town and I couldn’t be more excited,” said Waltz. “More so because we finally get to share Anne Marie Cunningham’s canonical backstory, a mystery only hinted at until now. In our new story we can finally present all her grim and dirty secrets to Silent Hill fans, old and new alike.”

He'll be joined by Australian artist Tristan Jones (Ghostbusters, Hoax Hunters), who is handling both covers and interior art.

Silent Hill Comes Back to IDW With Anne's Story