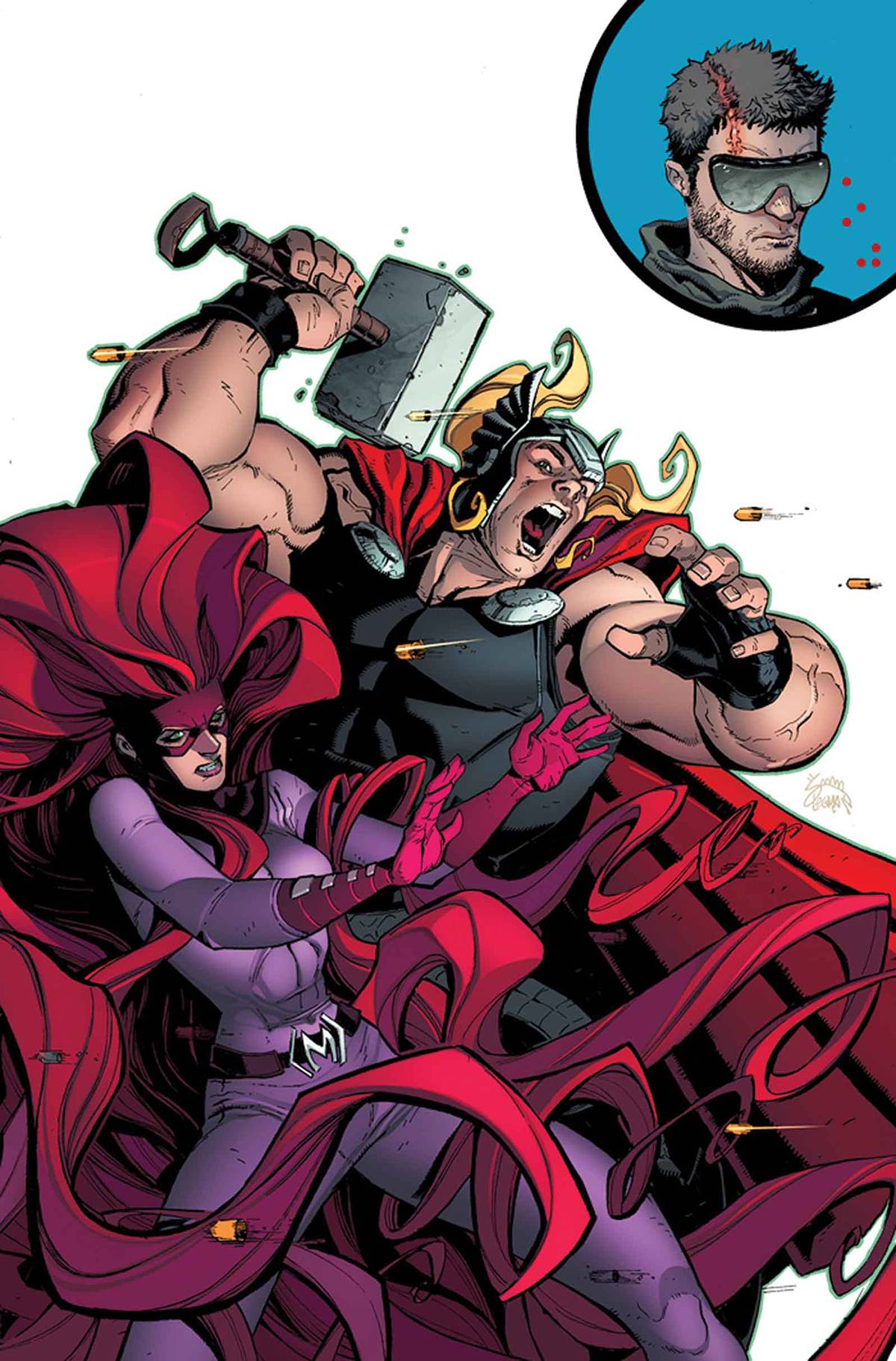 You can’t manufacture success in the arts. Hollywood has been trying to do so for decades and, even with significantly more money and resources than the comics industry, it often fails. It’s difficult to predict which projects will and will not discover an audience. Projects designed to succeed are no more likely to do so than those expected to flop. Inhuman is proof of that.

On its surface Inhuman has all of the right ingredients. Charles Soule on words and Ryan Stegman on art present a collaboration with plenty of talent and mainstream credibility. It’s also receiving plenty of attention, featuring in Marvel’s big marketing campaigns and even having been added to the over-sized relaunch of Amazing Spider-Man. Despite the talent and attention, something doesn’t quite click.

Inhuman #4 is divided into two narratives, an A-story and a B-story. The A-story has all of the features of a big superhero comic: big names, big settings, and big decisions. Medusa and Inferno, two of the stars of Inhuman are both featured alongside guest star Thor. Yet the events in this story fall flat. There is a lot of sound and fury, but when it ends I was left to ask “Why?”

Talking heads discuss New Attilan and argue over policies. The conversation is entirely driven by the needs of exposition, rather than character. I held a clear understanding of the politics of the Inhumans and why Medusa was making certain decisions by the end of the issue, but neither knew nor cared about any of the characters present. They were speakers providing points of information, not actors and that left me cold. Thor is the only character to display much personality (not a stretch for a Norse god who speaks with an incredible accent).

Even the cliffhanger surrounding one of these characters falls flat for a similar reason. It plucks a character from obscurity and presents him and his action with much gravity. Yet with a little thought, the sequence is revealed to hold little dramatic importance. No decision needs to be made and readers lacking insight into Inhuman lore may be more confused than concerned.

The B-story functions much better, featuring two less recognizable characters with a lot more personality. They’re actions and abilities live up to the promise of being something more than human. What they do is intriguing and so are they. The character called Reader comes across as a bit of a mystery, but his confidence and kindness provide him with a heroic air. The newest introduction to the cast is brash and cocksure by comparison, which allows the two to play off of one another.

What really makes these sequences work is Stegman’s art. Stegman shows that he is a consummate draftsman in an action sequence where rockets and gunfire pour in and time is made malleable. Explosions hit the page with a real sense of impact; they push against the edges of the panels and bleed with force. A sound effect rolls through a nine-panel page providing a sense of power to the gunfire. The most impressive effect is how one character influences time. Comics rely on static images to convey a story, making the cessation of time or movement difficult to translate. Stegman ably shows the slowing of time followed by its complete stop.

This issue contains some interesting moments, but does very little outside of the ordinary. It capably moves through plot points and positions characters, but effects little emotion or drama. The storytellers are certainly competent, but there’s nothing here that sets the comic apart from any of the other ensemble superhero books being published today. Inhuman #4 won’t offend any readers, but it’s not likely to excite many either.