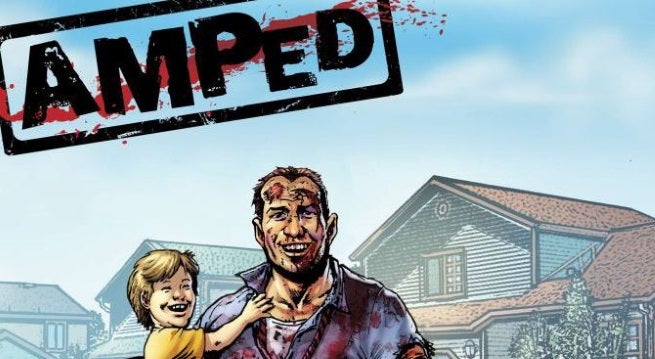 Supernatural creator Eric Kripke will write a new series, Amped, for Vertigo Comics, and will head up production on a television adaptation for USA Network.

According to Variety, the six-issue Amped comic book will debut in the fall, and follows "Josh Jaffe, a neurotic family man who buys an online 'smart pill' to increase his focus and jolt him out of his slump, but gets much more than he bargained for. To his surprise, the pill gives him incredible strength and power. The story examines both the mighty highs and humiliating lows of being a real-life superhero."

"Eric has such a clever, irreverent cadence which makes him a natural writer for the Vertigo line," Vertigo executive editor Shelly Bond said in a statement. "Amped promises to be as addictive as its title substance."

"Pretty much everything I've ever written has been insanely influenced by Vertigo, so it's a dream come true to write my first comic there," said Kripke. "Amped is a project I'm foaming-at-the-mouth passionate about — and it's also the most personal, warts-and-all story I've ever told. So I'm having the time of my life writing the comic — and basing the TV series off the comic, too. I can't wait for readers to read it– and then down the road, for watchers to watch it."

Amped will feature interior art by Hellblazer and Before Watchmen artist John Higgins, and covers by the masterful Brian Bolland.

The USA Network adaptation was announced during USA Network's upfronts. The project will be executive produced by Kripke's Kripke Enterprises, in association with Warner Horizon.