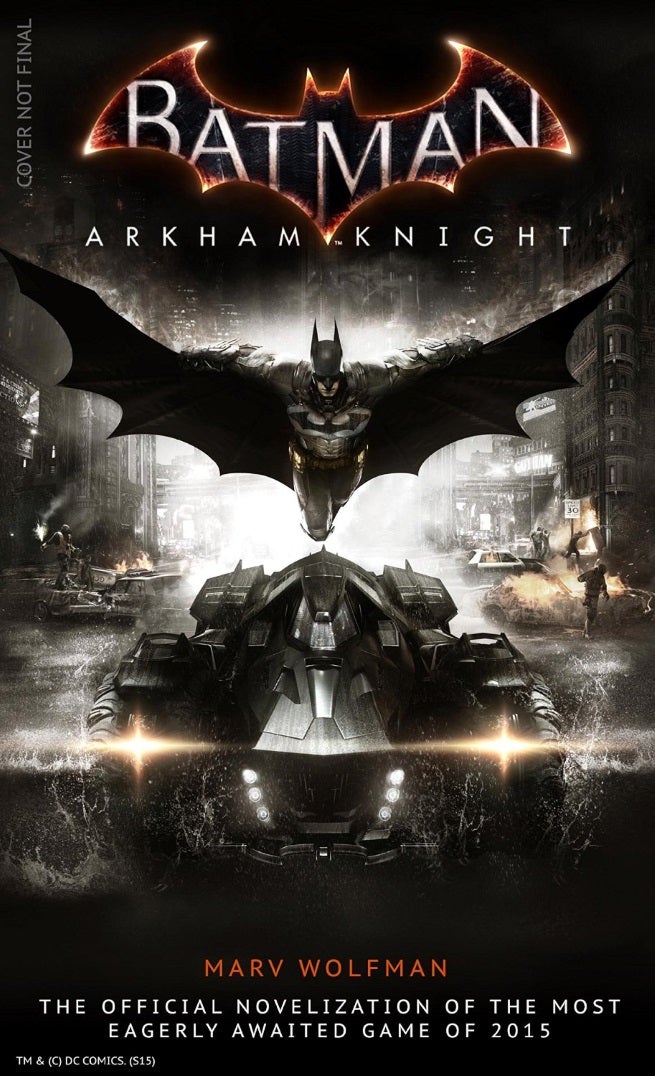 According to an initial report by Gamespot, Wolfman announced the novel via Facebook, saying, ""Well, I can finally tell folk what I've been working on these past months in total secrecy, even from my dog. I wrote the official novelization for Arkham Knight, based on the upcoming video game, and had a ball doing it."

The novel is now listed on Amazon, but Wolfman's Facebook post has been removed. The reason the post was removed remains unclear. It seems unlikely that he broke his silence too early, since the novel is still on Amazon. Instead, it may have to do with the following paragraph, where he talks about the release window:

"The story is highly emotional and I'm exceedingly happy with the results. Both game and book come out in July. I'll post the cover here once it's official. Anyway, whew, it feels great finally being able to talk about it. My dog is happy, too. I no longer have to keep throwing her out of my office while I'm working."

The Amazon listing does show the novel's release date as July 7, however the game's release is still slated for July. Either Wolfman accidently revealed that the game is being delayed, or was mistaken about its release date, either of which may justify the post's removal.

Batman: Arkham Knight is the final game in Rocksteady's Batman Arkham series, and sees Batman going up against a united front of rogues, led by the Scarecrow, as well as a new villain, the Arkham Knight.

Batman: Arkham Knight is officially scheduled for release on June 2.