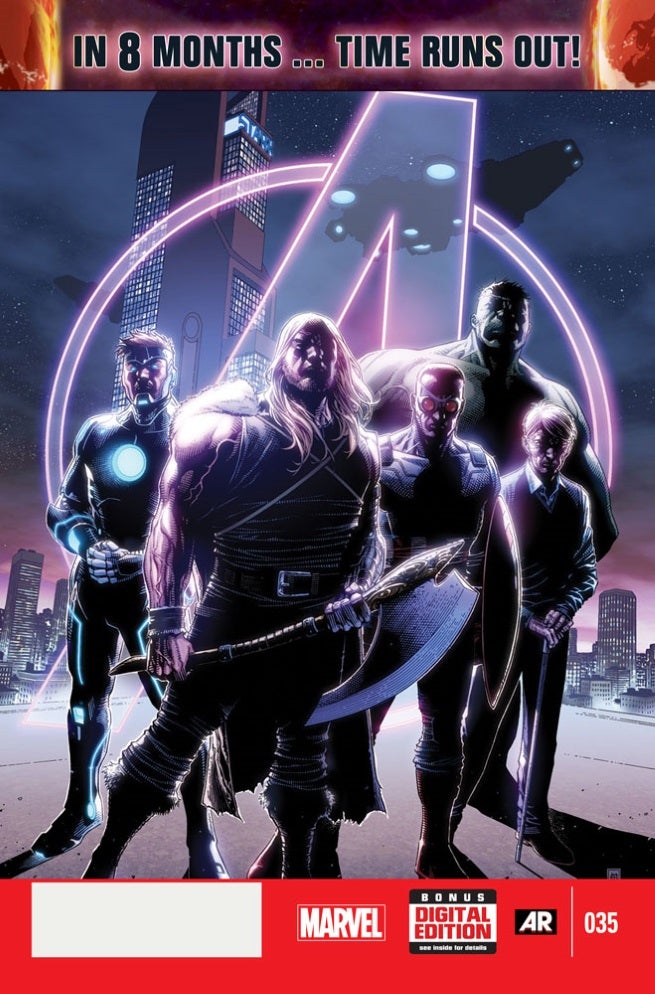 Marvel Comics has released a preview of Avengers #35, kicking off the "Time Runs Out" storyline. The issue is written by Jonathan Hickman, with art by Jim Cheung, Dustin Weaver, Nick Bradshaw and Paco Media.

The issue jumps 8 months into the future of Marvel Universe and things are looking bleak for the Avengers. In May 2015, heroes and villains of the Marvel Universe stand at the precipice, and utter decimation looms.

Incursions by parallel Earths from other dimensions have increased in number. To save both universes, one Earth must be destroyed each time. Until now the Illuminati have dealt with this problem in secretm but 8 months from now, the secret is out. The Avengers and the Illuminati are willing to go to war over what must be done – but how could this all have happened?

"In addition to setting the table for the astonishing climax of Jonathan Hickman's run, we'll also be providing a glimpse into the immediate future of many of our characters, and what changes await them over the next 8 months of publishing," says Executive Editor Tom Brevoort in an interview with Marvel.com. "This isn't some maybe-future, this is the real deal, what's awaiting the Marvel Universe in the coming year."

Avengers #35 goes on sale this September. 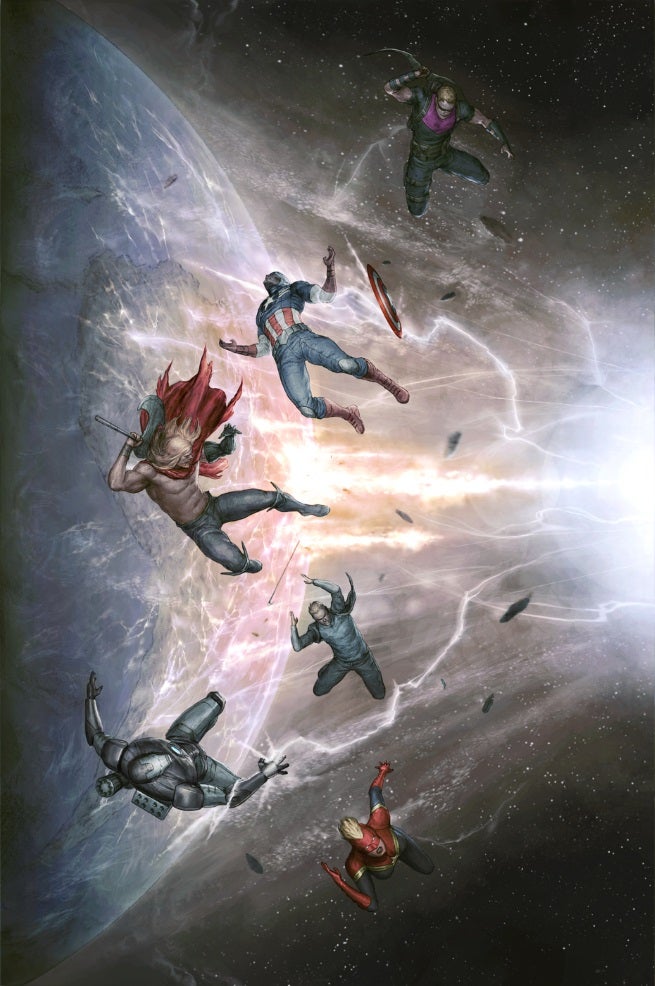 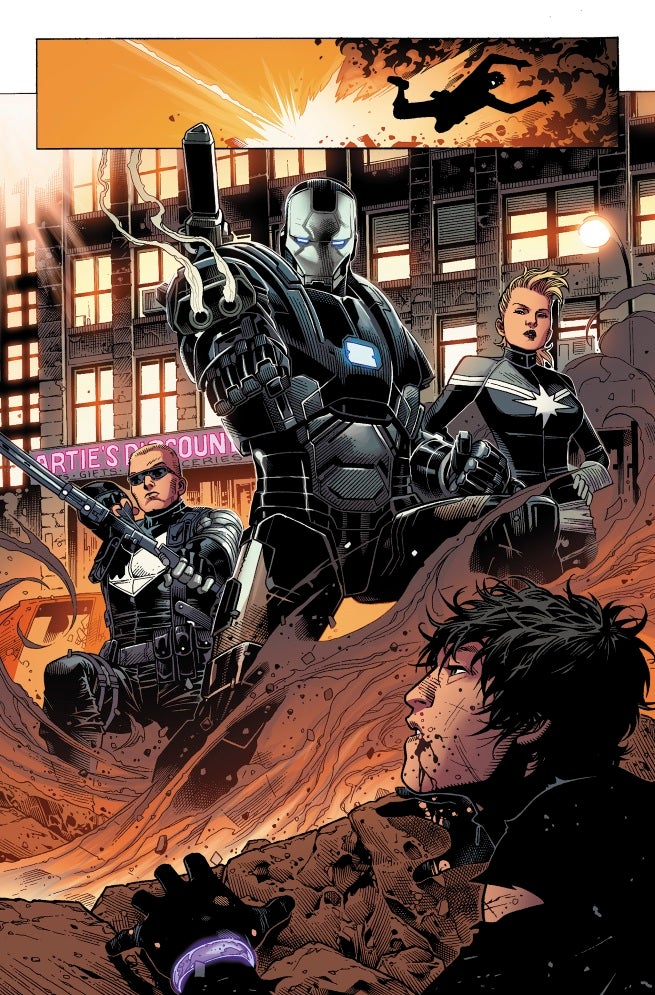 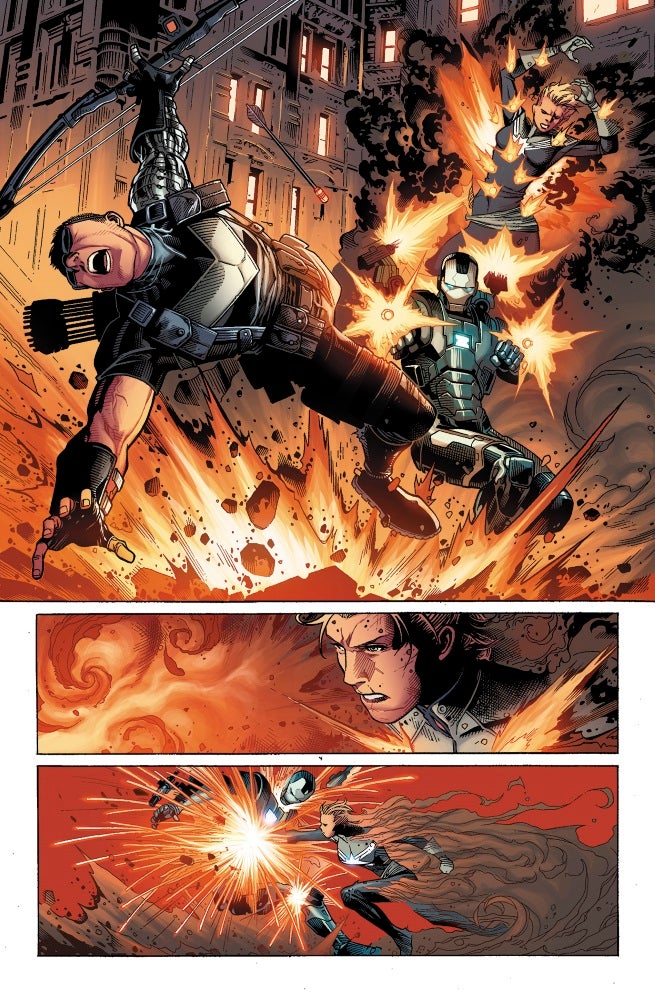 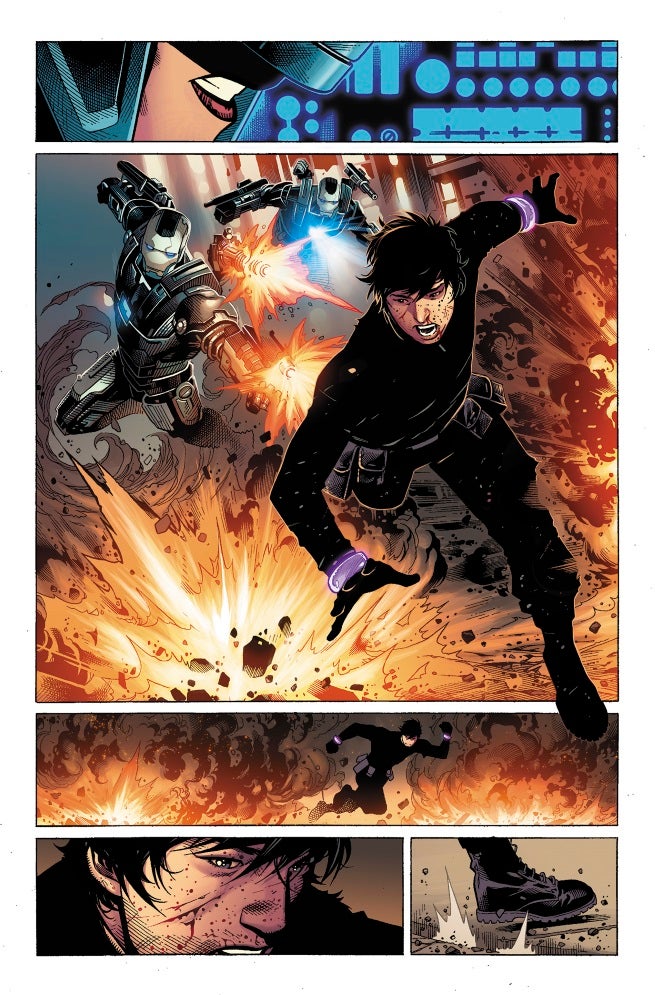