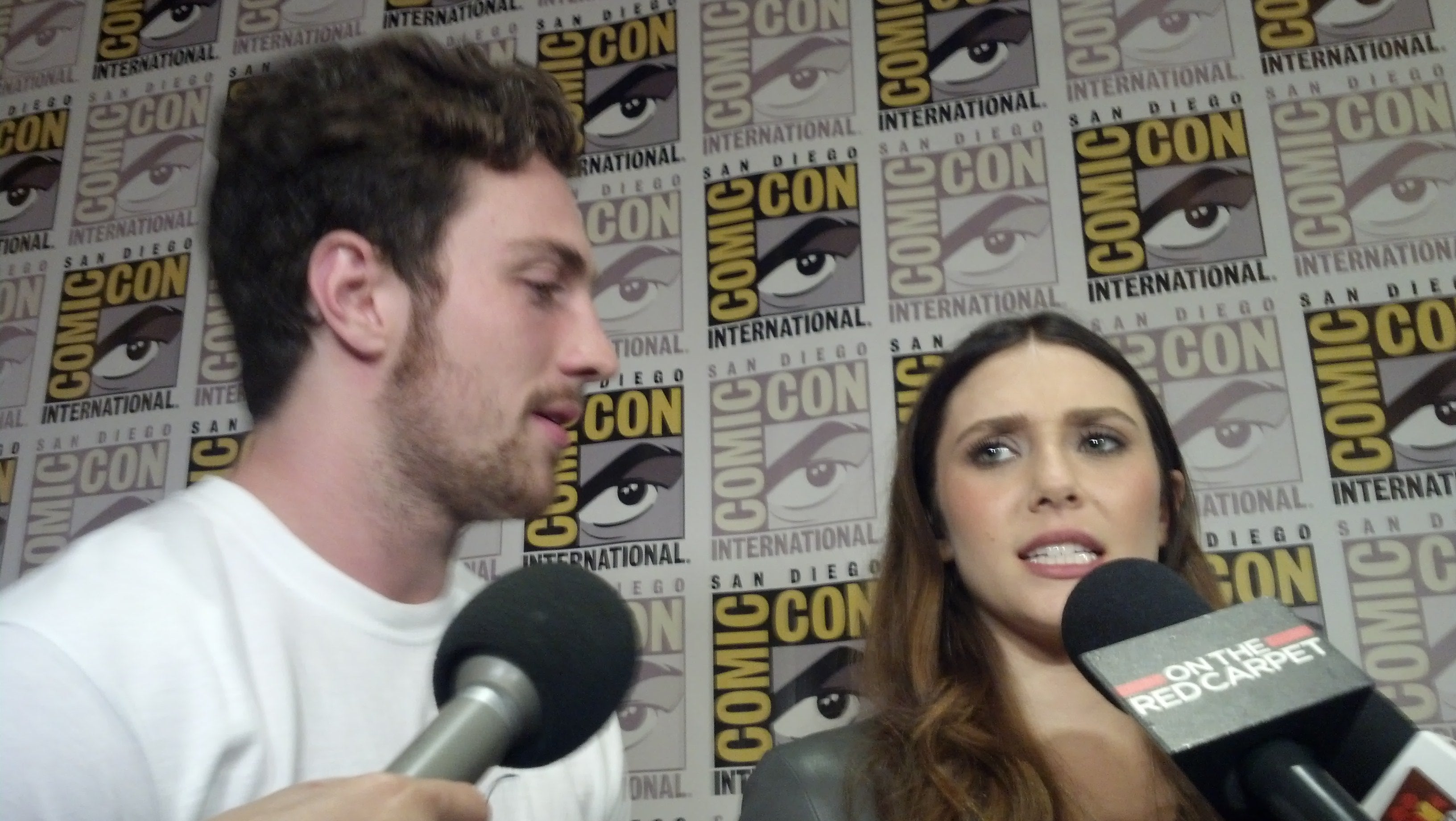 The result was an insight into what makes the characters tick in the cinematic universe -- something fairly different from how they operate in the comic book source material.

You guys are kind of the new kids on the block here, aren't you?

Elizabeth Olsen: Yeah -- we are the new kids on the block, but we went on it together and we knew each other before and everyone is awesome to us. It feels like a great place to be. I think the hype that is around it, you don't see until you come to Comic Con. We've just been working since like March.

Aaron Taylor-Johnson: I thought there was going to be initiation tests, you know?

Olsen: I think everyone's like, "Well, we'll wrap and go home and see our families."

Can you talk about the characters you play in the film and what's your take on them?

Taylor-Johnson: Sure. Well, I play Pietro Maximoff, Quicksilver and...

Taylor-Johnson: They grew up in Eastern Europe and they only have one another really to look out for. That's kind of it. They lose their parents at an early age and they're mad at the world and especially America and they want justice.

Olsen: And you see a taste of our origin at the end of Captain America: The Winter Soldier in that tag.

Taylor-Johnson: Yeah, they volunteer to HYDRA to be experimented on and then they become enhanced so that's where their powers come from. My powers, I'm faster than the speed of sound and Scarlet Witch is...

Olsen: I can get inside somebody's head and manipulate them and use magic to move objects and energy. It's pretty cool.

Taylor-Johnson: It's pretty great because I think that Joss really embraced the origin story and they're real characters so they're not just about their super-powers. They have a real kind of background and a story and a journey that they follow.

Avengers: Age of Ultron's Aaron Taylor-Johnson: Scarlet Witch and Quicksilver are Orphans Who Volunteer to Get Powers

Oscar Isaac Addresses Being Locked Into Marvel With Moon Knight