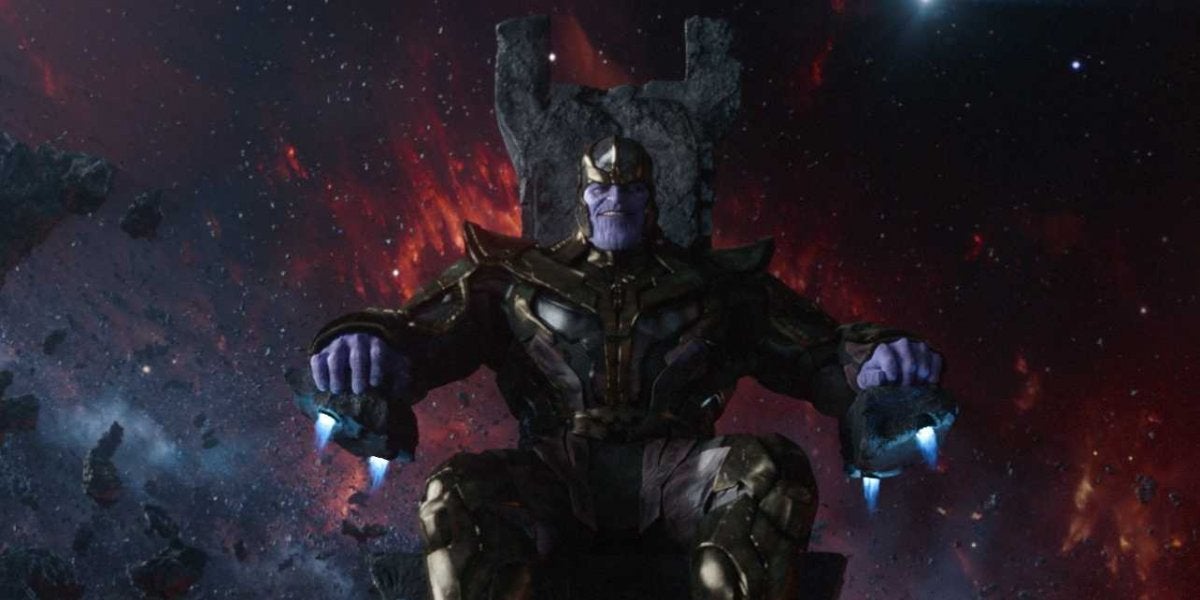 Admitting that the role of Thanos can be somewhat daunting, Avengers: Infinity War villain Josh Brolin said that his role in the Marvel Cinematic Universe is "Thanos against everyone."

During a roundtable with press in support of P.T. Anderson's Inherent Vice, Brolin was quizzed about playing the mad Titan (presumably in Guardians of the Galaxy at this point).

"I love the idea of Thanos," Brolin said to the reporters present, including ComingSoon.net. "Ultimately, it's Thanos against everyone. Why wouldn't you do that? It's a strange thing. I was more nervous doing that than I've been for a long time. I was more nervous doing that than anything I've done in a long time. I was sitting in front of 32 cameras and my face was sprayed with iridescent paint and all that. It was very, very different, but I like it. It's fun. It's different."

He still hasn't confirmed his next film, but it's widely expected to be Guardians of the Galaxy 2, in which he'll probably play a role fairly similar to the one he played in the last movie before going on to take on the Marvel Universe in Avengers: Infinity War Part One.

Josh Brolin will next appear in Inherent Vice, which arrives in select theaters this Friday before expanding in January.

Avengers: Infinity War is Thanos Against Everyone, Says Josh Brolin