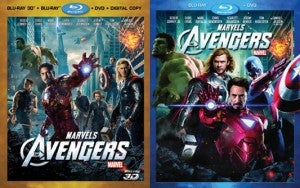 In a new interview with Moviefone in anticipation of tomorrow's DVD/Blu-ray release of Marvel's The Avengers, Marvel Studios Co-President Kevin Feige discussed the seemingly risky decision to launch Guardians of the Galaxy as a major motion picture, and how taking chances like that fit into the business model of the Marvel Cinematic Universe. While most people see The Avengers as one of the great success stories in recent cinema history, Feige explains, "We got to that success because of the risks that we took along the way. To announce four movies over how many years, and being in production on The Avengers before Thor and [Captain America: The First Avenger] even came out, the whole adventure was risky. It solidifies our viewpoint that if you take creative risks that you believe in, for an end result, then it can work. I don't think we can say Hey, now we can be riskier. Each of these movies cost a lot of money already. It just solidifies the notion that for Phase 2, play the long game, stick with what you believe in, and when there is a fork in the road and one seems safer and maybe a little boring, and one seems risky and harder, we always go the risky and harder way. That's what people will see in Iron Man 3, Thor: Dark World, Captain America: Winter Soldier and certainly in Guardians of the Galaxy, which is one of the ones that I'm most excited about because it's so outside the box and so weird and so different. People like grand experiments and things that haven't been done before, the unexpected." He also discussed the influences on their school of filmmaking, including things like Indiana Jones, RoboCop and the Richard Donner Superman films--and something apropos of Alan Moore's recent criticisms of Marvel legend Stan Lee--Feige discussed (for the first time in recent memory at least) the Jack Kirby question. Most specifically, how much credit to the Marvel creators deserve, when you've got characters who are owned by the company but clearly the result of a particular talent? "Well it's a complex question," Feige said. "But I will say that Joe Quesada and Dan Buckley will take the lead on a lot of that and they are actually quite, quite good in acknowledging and letting us know as we share the scripts and character lists with them [by saying], 'Here are the creators of this. Here is where they are. Here is who they are,' and figuring out what we can do in terms of recognition. If you look at the special credits sections of all the Marvel Studios movies, you'll see lots and lots of names, probably half a dozen or so, that apply to even the small characters, much smaller than Rocket, that are included in the movie. In terms of Kirby, I always thought of the Thor movie as one of the biggest testaments to what Kirby did because at every turn with the production design, we wanted to embrace it. The helmet design, those horns on Loki. 'Do you really want those to be that big?' 'It's gotta be that big.' I love that stuff, it's tremendous."