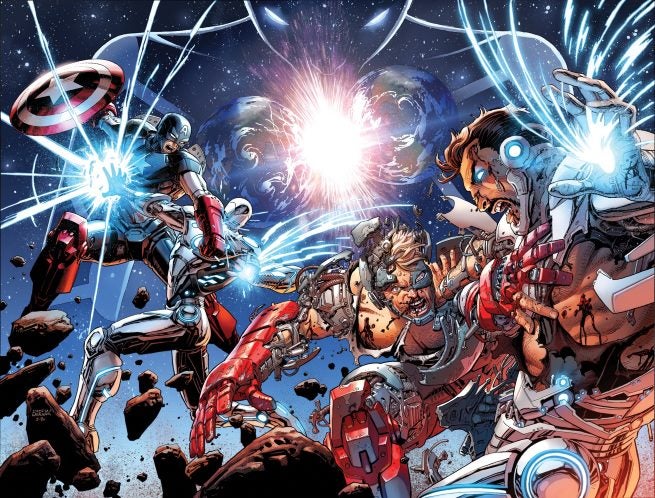 It looks like time will finally run out for the Avengers in April. Marvel Comics has revealed the interlocking covers for Avengers #44 and New Avengers #33, the final issues of both series.

The covers are drawn by Dustin Weaver. The foreground shows a fight scene between Steve Rogers and Tony Stark that would make Civil War jealous, while, in the background, Captain Universe watches worlds collide.

Jonathan Hickman writes both issues, with Mike Deodato penciling Avengers and Kev Walker doing the same for New Avengers. The issues will feature the final incursion between worlds, and the climax of the war between the Avengers an the Illuminati. Essentially, it's everything Hickman has been building up to for 67 issues, leading into the events of Secret Wars.