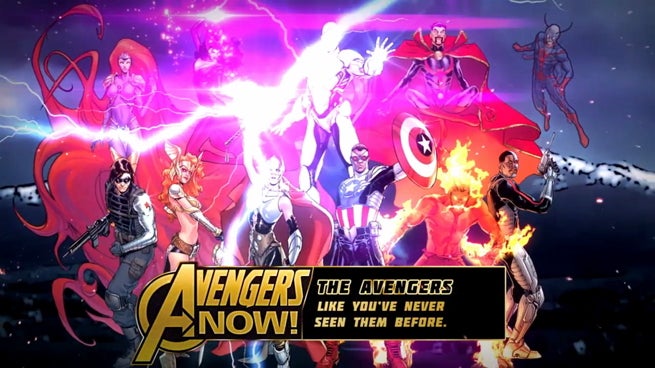 Marvel Comics has released a new trailer for the Avengers NOW! initiative. Avengers NOW! is the publishing move that sees the company shaking up their heroic Avengers trinity, by introducing a new, female Thor, having Sam Wilson take over for Steve Rogers as Captain America, and inverting Tony Stark's morality, causing him to become the Superior Iron Man.

Most of the issues featured in the trailer are already available in stores and digitally. Mark Waid and Carlos Pacheco's S.H.I.E.L.D. #1 will be released on New Year's Eve, December 31. Unbeatable Squirrel Girl #1, Ant-Man #1, and Uncanny Avengers #1 will all be released in January.