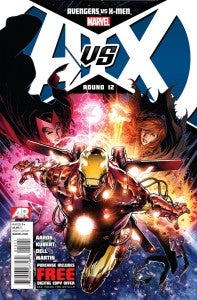 Marvel Comics has released a three-page preview of the upcoming Avengers vs. X-Men #12, the conclusion to this summer's massive, rock 'em-sock 'em crossover event. In the pages, The Avengers seem to be plotting how to finally take down the Phoenix-infested Cyclops while The Scarlet Witch, in an attempt to console Hope Summers, looks poised to finally get the comeuppance that's been waiting for her since House of M. Check out the pages below, along with solicitation copy from Marvel.

You've heard "it's coming," experienced  "no more Avengers,"  saw Cyclops take up the reigns as the "one" with the Phoenix Force and now it all comes to an explosive end in Avengers VS. X-Men #12! Following the harrowing events of the last issue, the blockbuster creative team of Jason Aaron and Adam Kubert, pit the combined might of the Avengers and the X-Men against the Dark Phoenix! But is it enough? And what role do the Scarlet Witch and Hope play in the final battle? Find out this October in Avengers VS X-Men #12! Plus! Join the Marvel ReEvolution as Marvel brings fans a new comic reading experience! Every issue of Avengers VS. X-Men comes packaged with a code for a FREE digital copy on the Marvel Comics app. And that's not all! Take the Avengers VS. X-Men enjoyment even further by unlocking access to exclusive behind the scenes extras utilizing special augmented reality technology with the Marvel AR app powered by Aurasma. This is exciting bonus content that you cannot access anywhere else! Who will come out on top and at what cost? Join the conversation on Twitter with #AvX! Don't miss out on this once in a lifetime comic event in, Avengers VS. X-Men #12, on sale this October in comic shops everywhere, on the Marvel Comics app, and the all-new Marvel Comics Webstore! For more on Avengers VS. X-Men, please visit https://avx.marvel.com AVENGERS VS. X-MEN #12 (JUL120535) Written by JASON AARON Penciled by ADAM KUBERT Cover by JIM CHEUNG ON SALE – 10/3/12 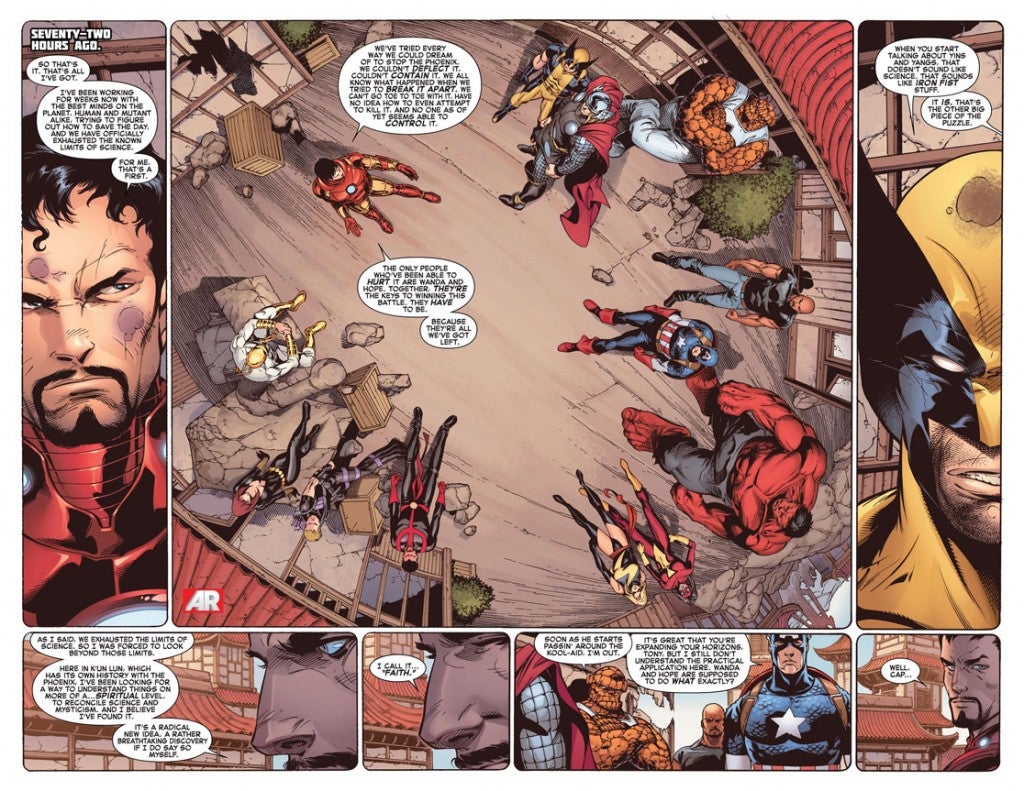 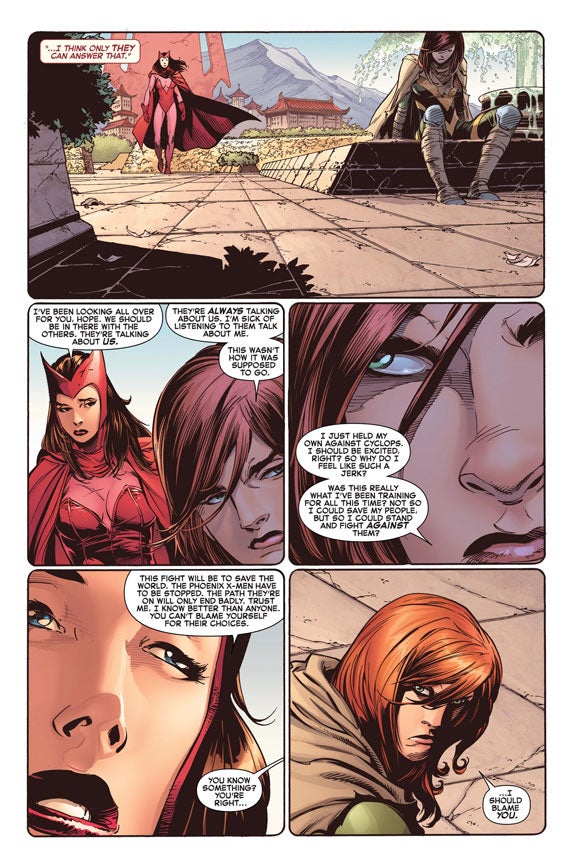