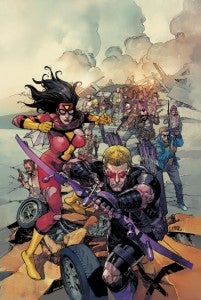 Marvel Comics has released a brief, action-packed preview of Avengers #30 by Brian Michael bendis and Walter Simonson. The legendary comics talents come together to bring to a close the Avengers' tie-in with Avengers vs. X-Men, a series on which Bendis is a co-writer, and which will ship a reportedly shocking "death" issue in September. Here, though, it's just a couple of pages of combat by Simonson, along with a packed-to-the-gills cover by incoming Indestructible Hulk artist Leinil Francis Yu. Check 'em out, along with the solicitation texxt, below.

Marvel is proud to present your first look at Avengers #30!  With Cyclops and Emma Frost more powerful than ever, it's looking more and more like the end of the world for Earth's Mightiest Heroes! But amidst all the chaos and battling, can the budding romance of Hawkeye and Spider-Woman survive the strain? The creative team of superstar writer Brian Bendis and legendary artist Walter Simonson bring you high-stakes action and drama this September in Avengers #30, hitting comic shops everywhere, the Marvel Comics app, and Marvel Digital Comic Shop. AVENGERS #30 (JUL120545) Written by BRIAN MICHAEL BENDIS Pencils by WALTER SIMONSON Cover by LEINIL FRANCIS YU FOC – 8/27/2012, On Sale – 9/19/2012 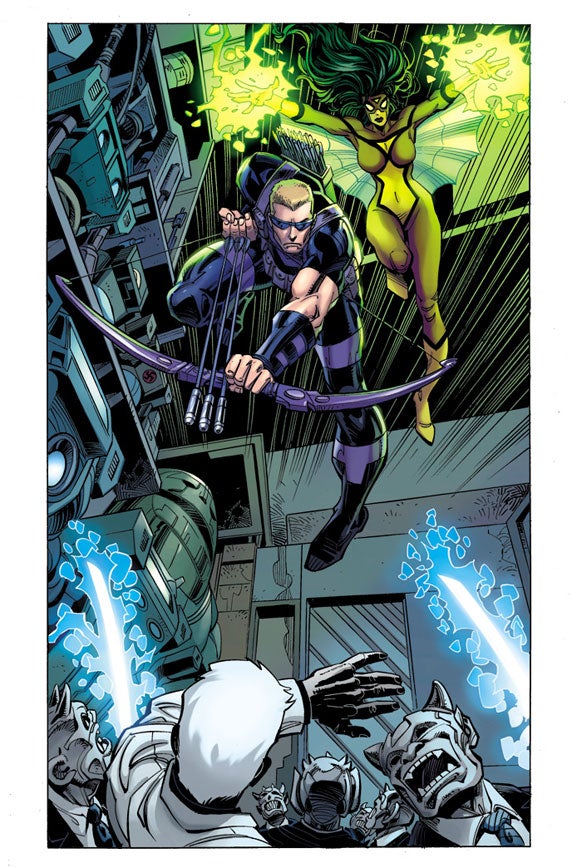 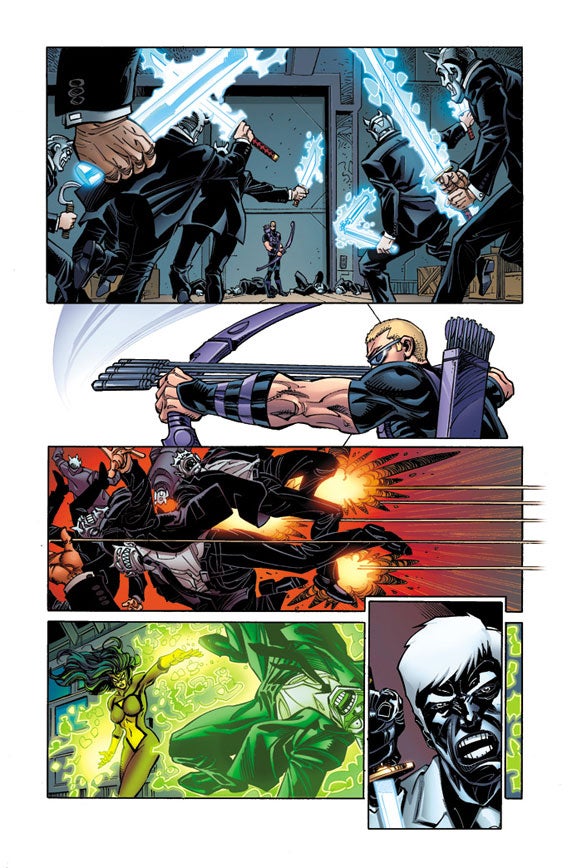