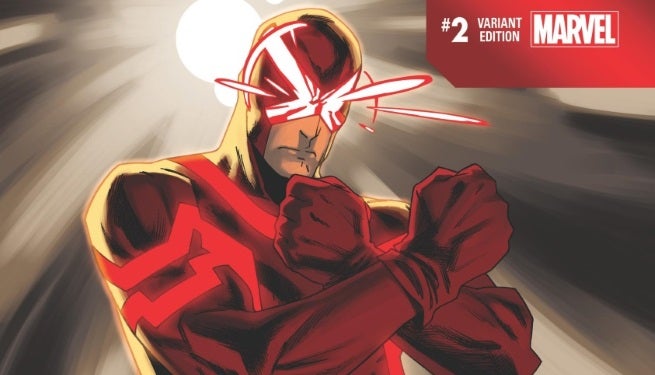 The second chapter of Marvel's big event of the summer, the issue sees the Avengers and the X-Men teaming to take on the Red Onslaught.

ACT I: THE RED SUPREMACY
•  The heroes of the Marvel Universe storm the beaches of Red Skull's Genoshian Reeducation camps. What they discover within will lead to a bleak new era.
•  The revelation of Tony Stark's dark secret promises to shatter the fragile alliance between A and X.
•  Nova's attempt at solving the crisis leads to disaster.
•  Magneto betrays his alliance to join an army of evil.
Rated T+