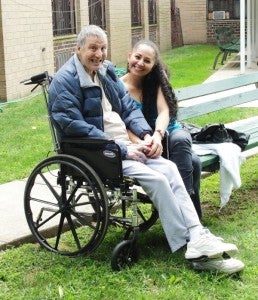 Greg Pak, author of Batman/Superman and Action Comics for DC and Eternal Warrior for Valiant, has generated a ton of buzz and Web traffic this week calling attention to the plight of a former Marvel freelancer whose contributions to comics are significant--and one of which is coming soon to a theater near you. That would be Bill Mantlo, whose creation Rocket Raccoon will not only appear in Guardians of the Galaxy, but has been the focus of much of the film's hype and enthusiasm. The character, who will be voiced by Bradley Cooper in a film directed by James Gunn, is a spacefaring, machine gun-toting raccoon. As with most creators in comics, Mantlo did almost all of his work for hire during his long career, meaning that once he was no longer producing on a monthly basis, there was only a very minimal safety net for him. So when tragedy struck in 1992, it left Mantlo's family scrambling. Here's a piece of Pak's call to arms:

That ridiculously awesome raccoon with the machine gun who blew your mind in that "Guardians of the Galaxy" footage was created in 1976 by writer Bill Mantlo and artist Keith Giffen. Tragically, as LifeHealthPro's Bill Coffin documented in a tremendously moving article a few years ago, Mantlo was struck by a hit-and-run driver in 1992 and suffered traumatic brain injury. If you love Rocket Raccoon — or Rom or the Hulk or the Micronauts or Cloak and Dagger or any of the incredible characters Bill Mantlo wrote during his prolific career — please consider clicking the button below to send your donation to Bill's brother Mike for Bill's ongoing care.

He goes on to include contact information and a web link for donating to Mantlo. Cards, letters or donations to Bill Mantlo can be sent to: Mike Mantlo 26364 East Pintail Road Long Neck, DE 19966 Please make out any checks to "Michael Mantlo" — Bill's legal guardian.