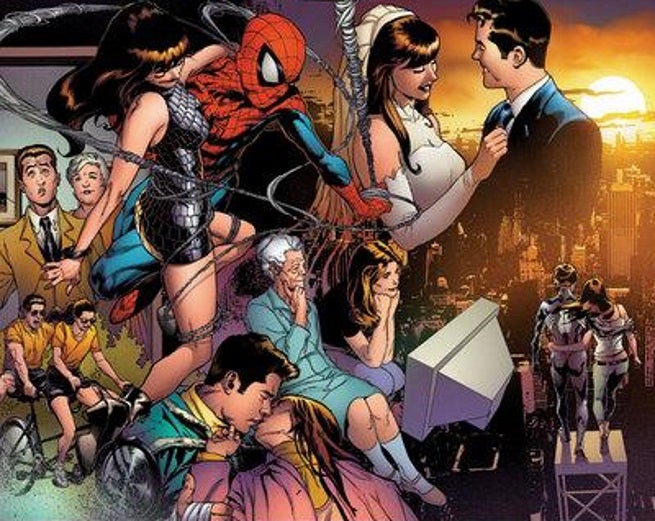 To get you up to speed and excited for the events, we've prepared a series of articles breaking down the events that were teased so that you'll be ready to revisit them next summer. Today, we make a deal with the devil to examine: 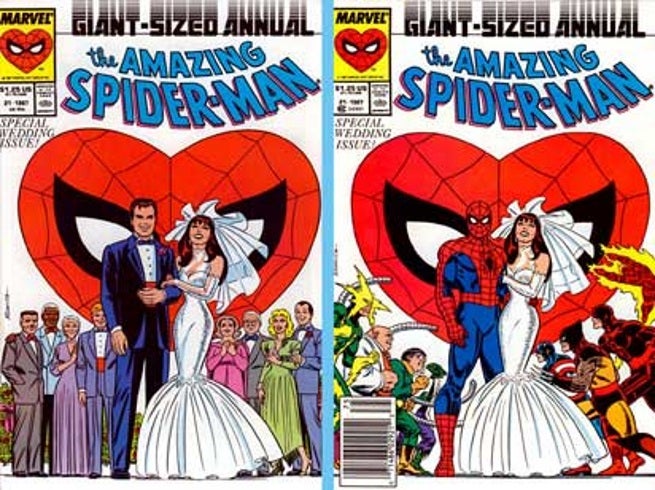 What Was It? Spider-Man: Renew Your Vows is not a past Marvel event or series, but seems to be a reference to the marriage of Peter Parker and Mary Jane Watson. After the death of Gwen Stacy, once Peter had grieved and moved on, he fell in love with his friend, Mary Jane. In 1987, the two were married in the pages of The Amazing Spider-Man Annual #21, and they lived happily ever after.

Except, not really. Eventually, Marvel began to feel like allowing Peter to get hitched was a mistake. Having him tied down in a loving, monogamous relationship prevented any further romantic subplots or soap opera drama for Spider-Man. Marvel would spend many years trying to put this genie back in its bottle. They tried everything to get Peter out of wedlock, from marital strife to clones, but nothing worked in a way that made both the publisher and the fans happy.

Finally, Marvel couldn't take it any longer. During the events of Civil War, Peter Parker revealed himself, publically, as Spider-Man. This led an assassin to his front door. The assassin shoots Aunt May, leaving her barely alive. This leads to the events of One More Day, the final story of J. Michael Straczynski's Amazing Spider-Man run, illustrated by then editor-in-chief Joe Quesada himself.

The event sees Peter going Faustian, agreeing to sell his marriage to Mephisto in order to save Aunt May's li 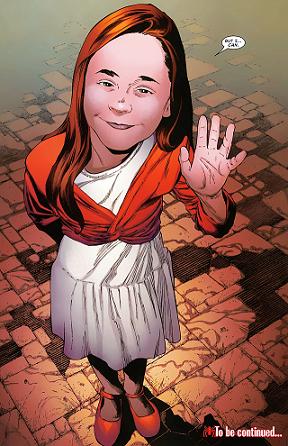 fe. Mephisto rewrites history, so that Peter and Mary Jane were never married. No one remembers anything about their now undone marriage, and Peter's secret identity is safe again.

Was It Any Good? Nope. One More Day was one of the most universally derided comic book stories of the past decade. Even Straczynski tried to distance himself from the story after it was complete. The story was essentially a heavy-handed way of enforcing an editorial mandate, and nobody loved it.

Significant Deaths: If you consider the dissolution of Peter and Mary Jane's marriage a death, there's that. There's also the fact that Mephisto appeared to Peter as a red-headed child. After the deal was made, he revealed that this disguise was actually Peter and Mary Jane's future child, who would never be conceived because they were never married.

Lasting Consequences: The effects of One More Day have remained in place ever since. While the story itself is universally disliked, many fans appreciate what it led to, a kind of renaissance period for Spider-Man. One More Day was followed by Brand New Day, a period that saw several shorter, back-to-basics Spider-Man stories, from top notch talent like Mark Waid and Zeb Wells. This led to Big Time, which saw Spider-Man running the gauntlet of his entire rogue's gallery. Afterwards, Dan Slott would take over as fulltime Amazing Spider-Man scribe, and has been guiding the series through a rejuvenation ever since. 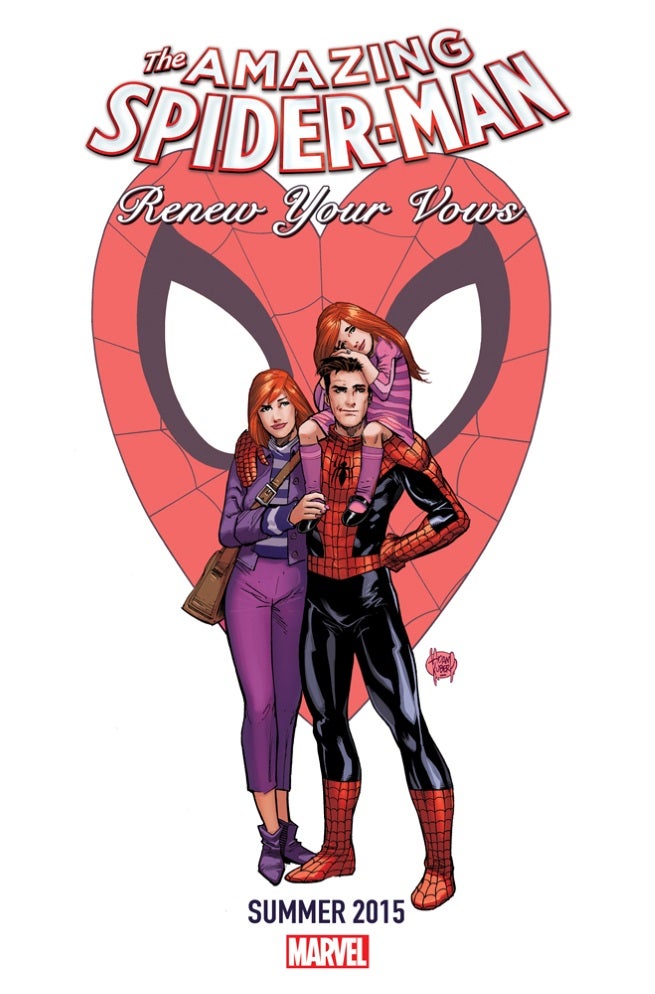 The Teaser: The teaser is clearly an homage to the cover of The Amazing Spider-Man Annual #21, but with the inclusion of what seems to be the unborn daughter Mephisto disguised himself as in One More Day. This suggests that Spider-Man: Renew Your Vows #1 will take place in a future where Peter and Mary Jane are still married and have their daughter.