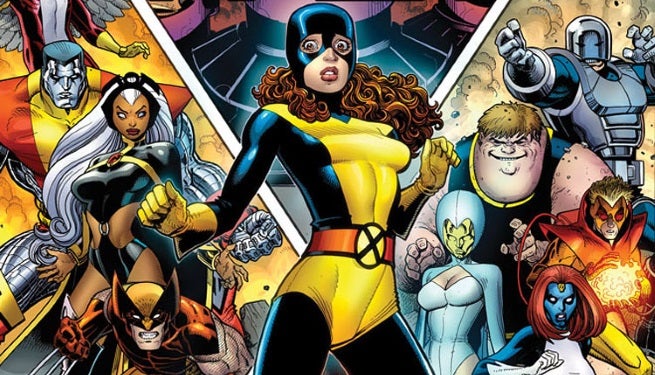 To get you up to speed and excited for the events, we've prepared a series of articles breaking down the events that were teased so that you'll be ready to revisit them next summer. Today, we look at the first teaser to feature Marvel's merry mutants:

Years of Future Past 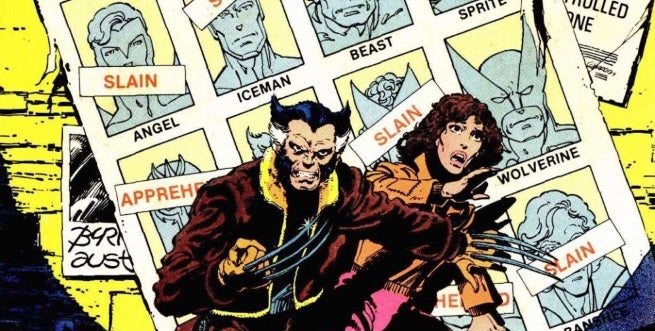 What Was It? Years of Future Past isn't actually a thing, but it's clearly a reference to Days of Future Past, the classic X-Men time travel story by Chris Claremont and John Byrne that ran in The Uncanny X-Men #141-142. The story begins in a post-apocalyptic future, where a bill called the Mutant Registration Act was enacted into law. The result was mutants forced into camps guarded by the robotic mutant-hunters, the Sentinels.

The few remaining future X-Men gather together and use the psychic powers of Rachel Summers, the future daughter of Cyclops and Jean Grey, to send Kate Pryde, the grown up, future version of Kitty Pryde, back in time. Once there, Kate needs to mobilize the X-Men to foil the assassination of Senator Robert Kelly, sponsor of the MRA, thus preventing the backlash that would lead to the Sentinel ruled future.

The trip through time requires Kate to possess the body of her younger self, on her very first day with the X-Men.

Was It Any Good? Absolutely. Days of Future Past is easily one of the best X-Men stories of all time, and, while it seems tame by today's standards, was pretty bold when it was first release. These days, we see dystopian futures where all of our heroes are dead on a pretty weekly basis, but Days of Future Past was among the first stories to get truly post-apocalyptic with its heroes. The fact that it opened in the future, with warning given to the readers in any previous issues, made it all the more bold.

The Mutant Registration Act, Mystique and her version of the Brotherhood of Mutants, and time travel all became staples of X-Men stories across all media because of this excellent story.

Significant Deaths: This story is all about preventing a significant death. It also wasn't an event comic in the way we think of them today, so a body count wasn't expected. However, basically all of the future X-Men are wiped out in brutal fashion before the story concludes. Even though they all got better, because time travel, you didn't often see the grisly murder of superheroes in comic books at the time it was published.

Lasting Consequences: As mentioned above, several staples of X-Men stories were established in Days of Future Past, most of all time travel. The X-Men have been inescapably linked to time travel and alternate realities ever since.

Rachel Summers would eventually find her way to the present day and join the X-Men of the main timeline. She remains a member of the team today, having changed her name to Rachel Grey and adopted her mother's codenames, Marvel Girl and Phoenix, at different points in her history.

This is also the first X-Men story to feature Mystique as a villain, though she had previously debuted as an enemy of Ms. Marvel. Mystique has become one of the best known X-Men villains, in comics and film, and has since been revealed as the mother of both Nightcrawler and Graydon Creed, as well as – in a different future – Raze with Wolverine, and another son with Charles Xavier.

The story was followed by a sequel, titled Days of Future Present. The story was a crossover between the X-Men and the Fantastic Four and saw Ahab, Rachel's villainous master from the future, travel to the present day. 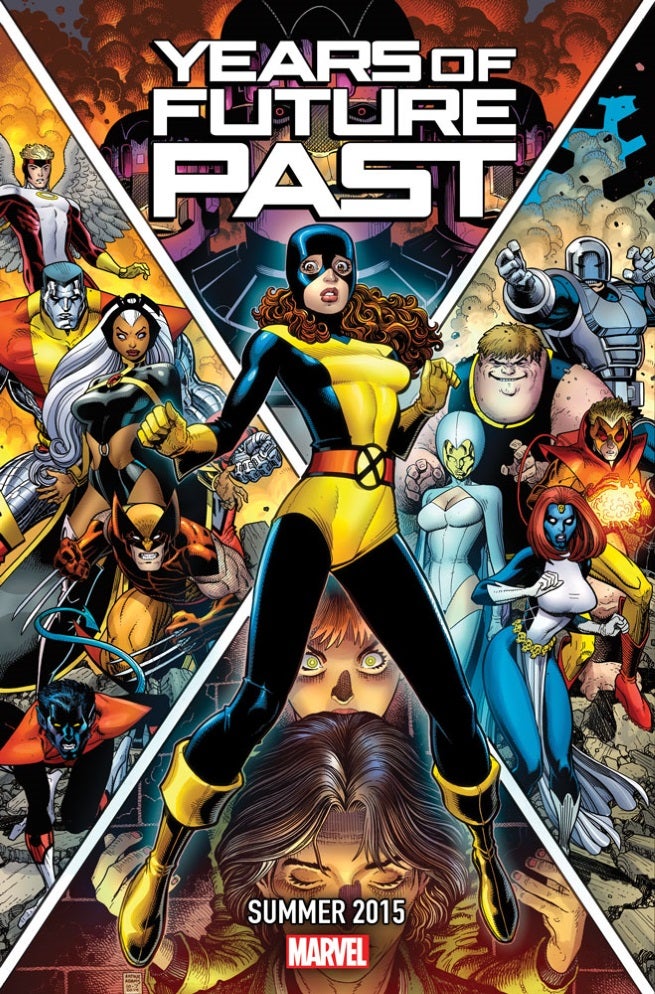 The Teaser: It's hard to know what to make of Arthur Adams' teaser image. All of the major elements of Days of Future Past are present: Kitty Pryde, the classic X-Men, Mystique's Brotherhood, Kate Pryde and Rachel Summer, and the Sentinels. However, none of them are changed in a way that hints at what this new story might be about. This one remains a real mystery.

Breaking Down Marvel's Secret Wars: Years Of Future Past