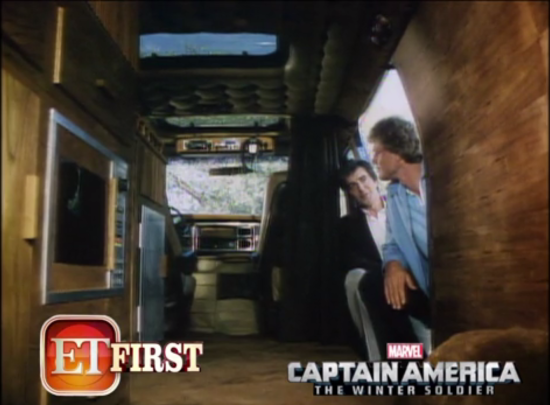 Last night, Conan O'Brien showed fans another new trailer for the upcoming film, "Captain America: The Winter Soldier," leading into the clip saying "This thing looks fantastic." Of course, this was just the latest in Conan's running gag of using clips from the 1970s Captain America TV movie as mock trailers. Following the "trailer," a member of the audience actually booed, to which Conan laughed and responded with "You're right!" and Andy Richter chimed in with "too-fast paced for you?" Captain America: The Winter Soldier is scheduled for release in movie theaters on April 4, 2014.