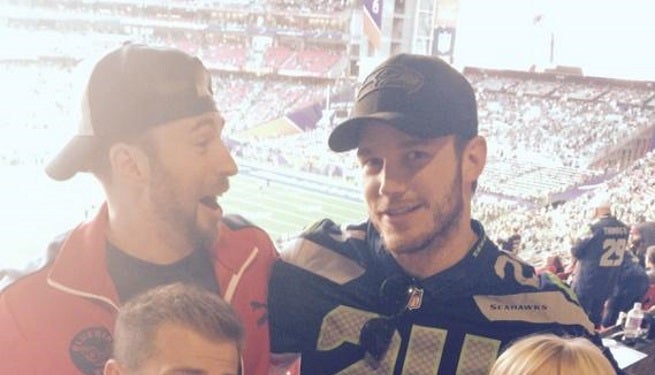 "We are grateful that real-life superheroes Chris Pratt and Chris Evans are turning their sports rivalry into an opportunity to support kids in their communities," Lisa Brandenburg, president of Seattle Children's Hospital, tells The Hollywood Reporter. "We are delighted that patients and families at both Seattle Children's and Christopher's Haven will benefit from these generous donations."

Joyce Duvall, executive director of Christopher's Haven, said, "The generosity of Chris Evans and Chris Pratt is overwhelming. They turned a simple, friendly wager into something very significant for both Christopher's Haven and Seattle Children's Hospital. The fun and goodwill that they have generated will stay with the children a long time."

Evans, a New England Patriots fan, and Pratt, a Seattle Seahawks fan, entered a bet over the two teams' super bowl game. Whichever actor's team lost, that actor would visit the hospital designated by the winner, while in costume as their Marvel Studios characters (Evans as Captain Americaor Pratt as Star-Lord). Evans won, obligating Pratt to make an appearance at Christopher's Haven, but Evans agreed to visit Seattle's Children's Hospital anyway.

Fans began donating money to both organizations after the stars tweeted out their respective websites.