What a Wednesday! With a few new titles, some big events, and other major releases happening today, the last shipment of comics for June promises to keep comic book readers busy for quite awhile! Now that the full swing of summer is here, expect to see more big waves of releases coming throughout the summer months (as previewed right here, and here, and here at comicbook.com a couple of weeks ago *nudge, nudge* DC Comics has a couple of big things dropping into comic book stores today, mainly in the Batman universe. Gotham City Sirens (cover seen above) spreads its wings and flies today, focusing mostly on the actions of Poison Ivy, Catwoman and Harley Quinn. Perhaps we'll see some guest appearances from another DC female, as Batwoman takes over main player status in the pages of Detective Comics with issue 854's release today. Wrapping up today is the Sgt. Rock mini-series Sgt. Rock: The Lost Battalion concluding with issue number six. 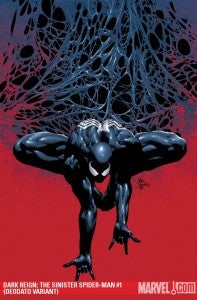 Not to be outdone, Marvel also has several big releases today, namely the premier issue of Dark Avengers/Uncanny X-Men Utopia which will have the Norman Osborn led Avengers facing off against the X-Men in San Francisco. In other mini-series news, Avengers/Invaders wraps up its year-long run with the final and twelfth issue arriving today. Dark Reign expands, with Dark Wolverine, The Sinister Spider-Man and Zodiac all beginning today! 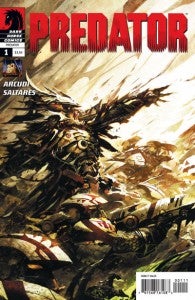 Image Comics debuts Outlaw Territory Volume One, a graphic novel focusing on tales of the rough and tumble old West of American history. With talent such as Greg Pak, Joe Kelly and Ivan Brandon packed into this book, it's certainly a good example of getting your money's worth! Dark Horse releases Predator #1 today, and promises fans of the hunt or be hunted stories an exciting look at the world of Earth as it is yet again chosen as an arena for alien violence! 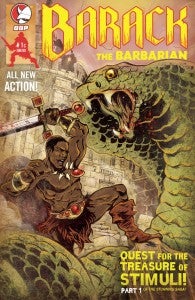 Barack Obama is an incredibly busy man, but yet he's found time to appear in Devil's Due Publishing's Barack the Barbarian #1, arriving in stores today! The limited series has him battling the likes of "Red Sarah" and promises action, comedy, and LOTS of good reading material. Be sure to pick up this intriguing project! So what are you still doing reading this post? Get out there, stimulate the national economy (as Barack the Barbarian intended) and get to reading! You've got plenty to choose from this Wednesday!