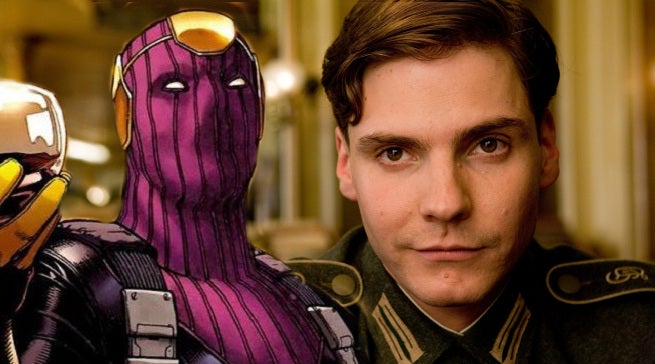 Daniel Brühl is, unsurprisingly, quite excited about his upcoming role in Captain America: Civil War, where he will play Captain America's nemesis Baron Zemo.

"It's huge for me," Brühl tells the Wall Street Journal. "From the world I am coming from and the movies I have done, this feels big—megalomania and huge. I think I will be walking around for the first week being amazed, like a little boy, to be in that universe. It is going to be fantastic. It is something new. That is why it is a challenge. But it is something I am very much looking forward to because this is entertainment on the highest level."

Brühl has been a rising star in Europe for some time. He had a breakout role in Good Bye Lenin!, which he followed up with a lead role in The Edukators. He became more well known in the United States when he appeared in Quentin Tarantino's Inglorious Basterds, and rose to further prominence through his performance in Ron Howard's Rush. Even through all of that, Captain America: Civil War remains the biggest project he's been involved with to date.

While he is confirmed to appear in the film, Brühl's role as Zemo has still not technically been confirmed by Marvel. It was instead revealed in a casting call that went out for the film. As such, we're still unsure if he will be playing the elder Heinrich or, more likely, his descendent, Helmut, and Brühl isn't talking, for fear of landing himself in "Marvel prison."

Daniel Bruhl Excited To Be A Part Of Captain America: Civil War