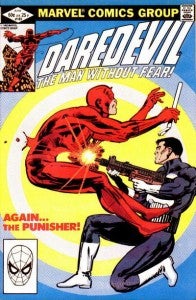 While the rights to Daredevil reverted late last year and Fox's planned adaptation will now never happen, it appears as though the character isn't on Marvel's radar for a big-screen do-over anytime soon. "There comes a time in contracts where, if a studio is done making the movies, [the characters] come home," Marvel Studios President Kevin Feige told Entertainment Weekly. "That doesn't mean we're going to make another movie. But it means they're back in the fold, which is where we want them to be." Back in August, filmmaker Joe Carnahan's vision for a Daredevil movie went up in smoke when he lost his lead, and then the support of the studio, who elected to allow the rights to revert in October because there didn't seem to be enough time to go into production on a worthwhile version of the film. You can see a pair of sizzle reels (basically a trailer made up of mock-up footage) here.