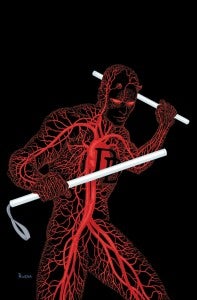 Marvel Comics has released a first look at September's Daredevil #18, wherein Matt Murdock faces off against Coyote, the serial killer last seen on those unused covers from Paolo Rivera. Those are still a month away, though, and this month the art is by Chris Samnee, who brings a feel not entirely dissimilar to the one fans saw earlier this month when Mike Allred guested on an issue of the series. Check out teh solicitation text and pages below, along with another creepy, cool cover from Rivera at right.

Marvel is pleased to present your first look at Daredevil #18! Get ready for the biggest Daredevil story yet, as a new menace walks the streets of New York – the ruthless killer called Coyote! Can Daredevil put a stop to his crime spree? And with all that has been happening in his life, just how sane IS matt Murdock? The red-hot creative team of Eisner award-winner Mark Waid and superstar artist Chris Samnee keep the action and drama at an all-time high in Daredevil #18, hitting comic shops everywhere, the Marvel Comics app, and Marvel Digital Comic Shop this September. DAREDEVIL #18 (JUL120586) Written by MARK WAID Penciled by CHRIS SAMNEE Cover by PAOLO RIVERA FOC – 8/27/2012, On Sale – 9/19/2012 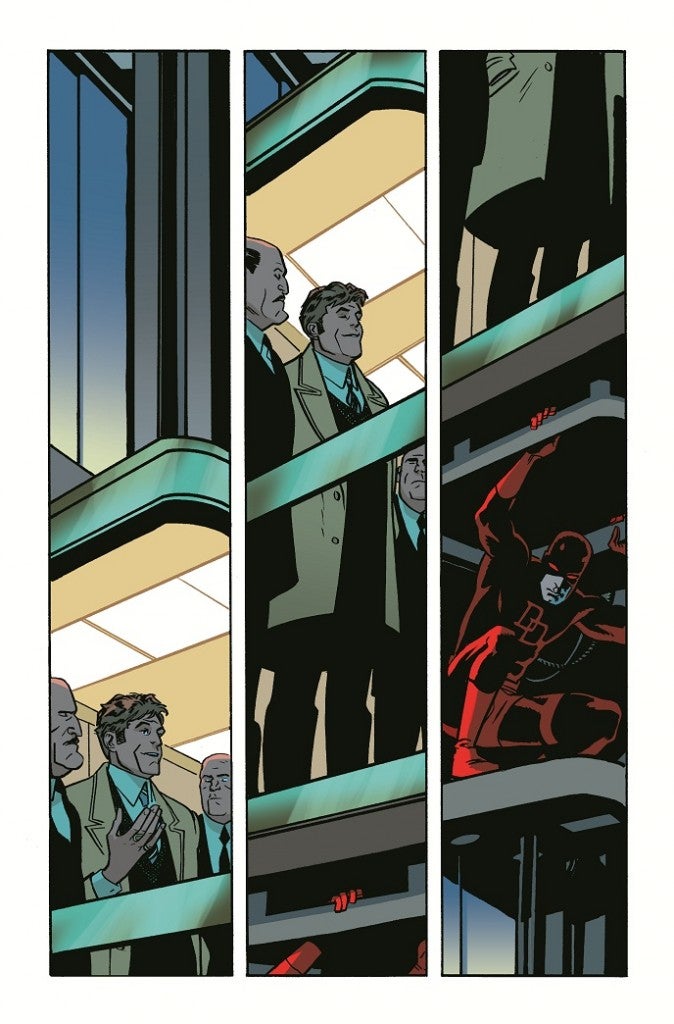 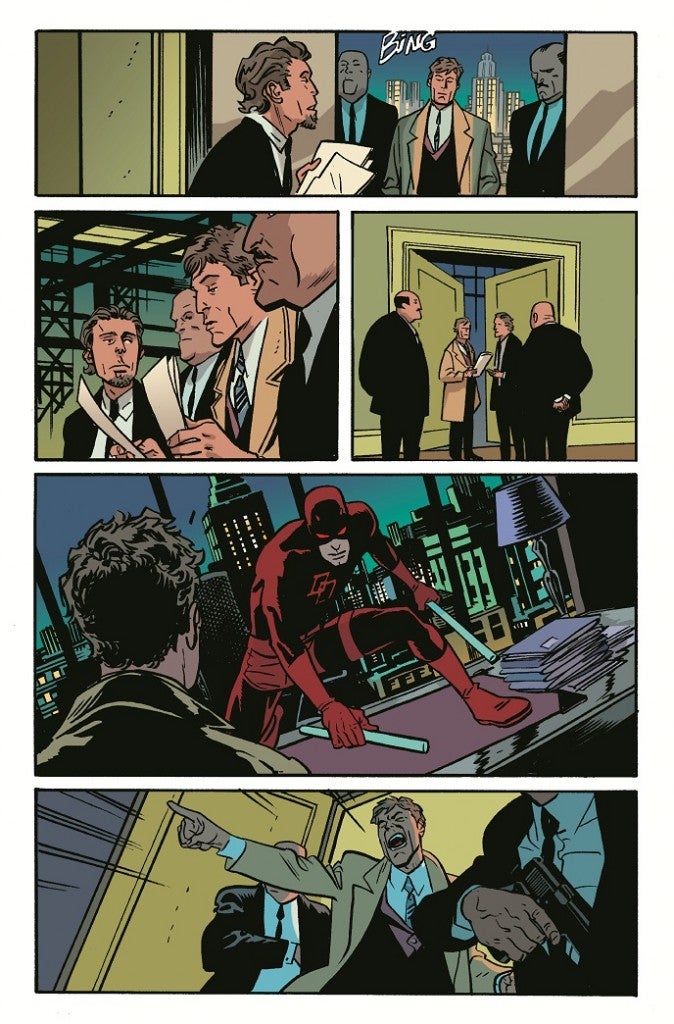 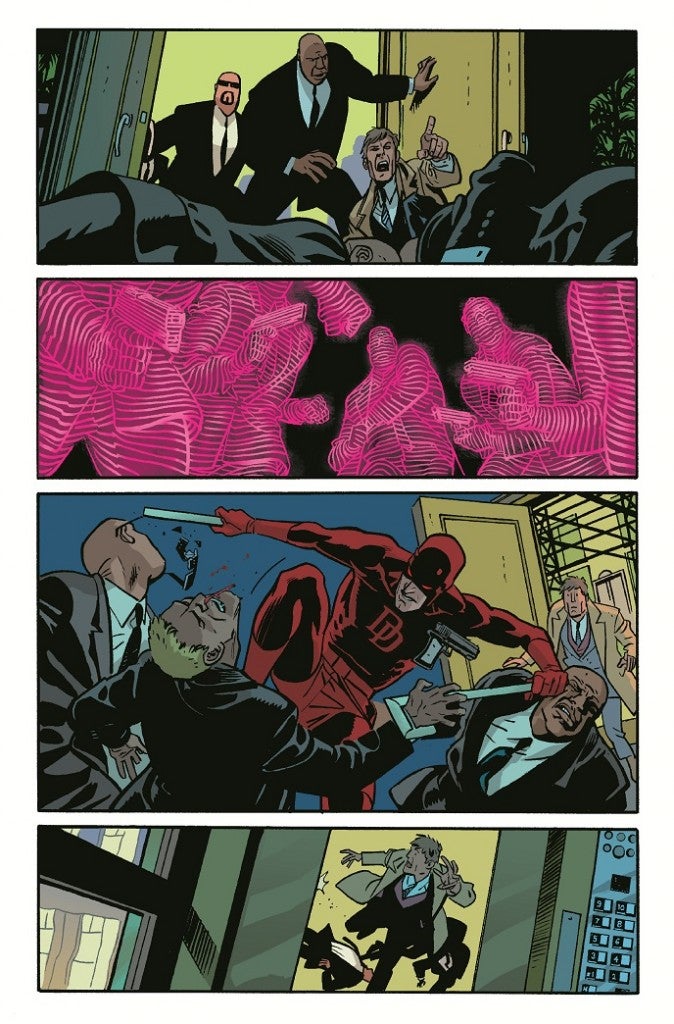