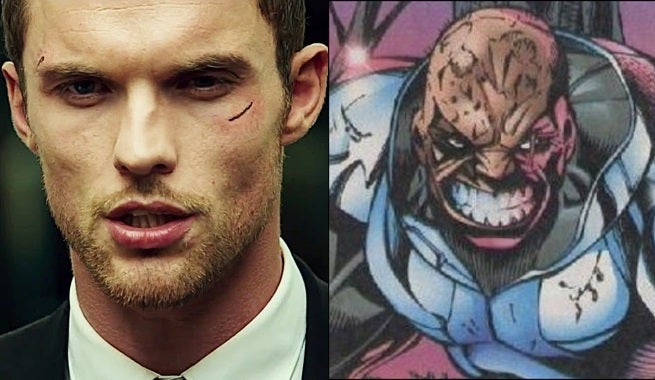 Ed Skrein has confirmed that he is playing Ajax in Deadpool.

Skrein, a former Game of Thrones actor who left the show to star in the upcoming reboot of The Transporter, was one of the earliest cast members announced for the film. Many assumed he would play Weapon X (Garrison Kane), due to Deadpool creator Rob Liefeld teasing the character's involvement shortly before the casting news broke, but it seems that's not the case.

Here the set photo Skrein used to reveal his character on Twitter.

Ajax, a.k.a. Francis, is a character whom Deadpool encountered while in the Weapon X program. Rendered mentally unstable thanks to heavy experimentation done on him, Ajax was not able to get along with Wade and his flippant demeanor, demanding respect lest Wade's friends pay the price. Later, after somehow surviving and escaping from Weapon X, Ajax went on a killing spree, trying to off anyone involved with Weapon X, including Deadpool.

With Skrein playing Ajax, this does leave the role of Garrison Kane – assuming he is indeed in the film – up for grabs. Both Kane and Ajax were said to have roles in the leaked Deadpool script from years ago, but there's no telling how that script has been changed in the lead up to production.