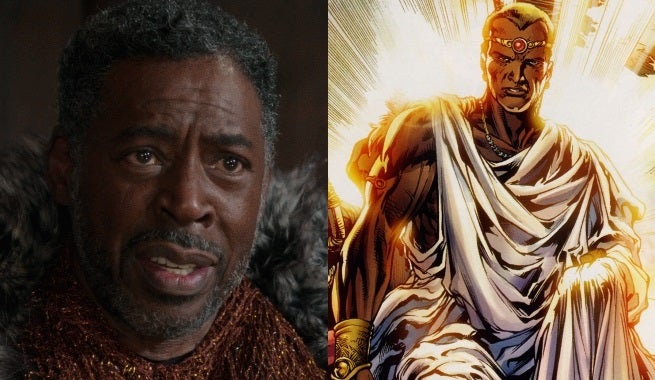 We know that a Black Panther movie is coming in 2018, and that Chadwick Boseman will debut as the character in Captain America: Civil War. With production on the film set to begin in April, the Latino Review is hearing from sources that Hudson has been spotted hitting the gym and reading up on Black Panther back issues.

T'Chaka is the ruling king of Wakanda when the meteorite full of the rare mineral vibranium first lands in the African nation. T'Chaka chose to harvest the metal and keep his country hidden from the world, to avoid would-be plunderers. His wife died while giving birth to T'Challa, and so T'Chaka raised the prince alone, until the king was murdered by Klaw (Ulysses Klaue, played by Andy Serkis, in the films) during an attempt to steal vibranium.

Previous rumors tied Denzel Washington to the role, but the report suggests that Washington's price tag is just more than Marvel would ever consider paying.

Now this is hardly confirmation. Maybe Hudson, who plays King Poseidon in Once Upon a Time, is just a Black Panther fan who is also trying to keep himself in shape. We'll have to wait for official word before we know more.