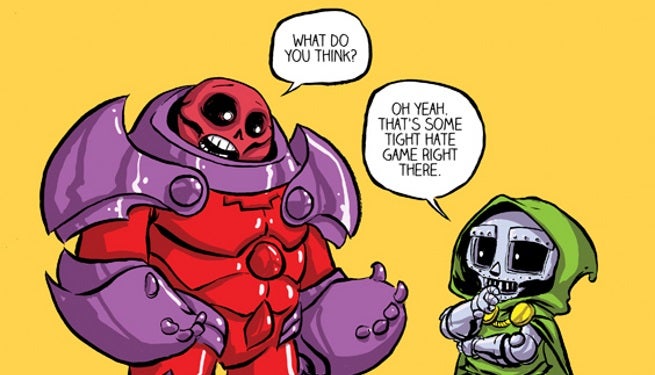 Marvel Comics is getting ready to step onto the road towards Axis, where the Onslaught-empowered Red Skull will form an evil alliance so powerful that only the combined forces of the Avengers and the X-Men have any hope of stopping it. 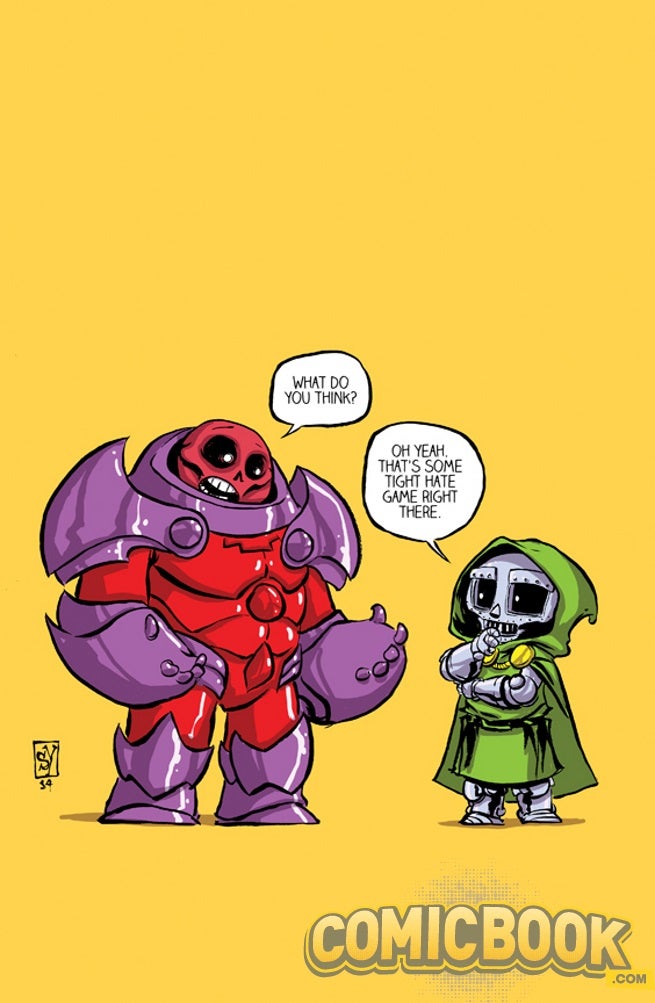 Here's the solicitation text for Axis #1, on sale in October:

• The Red Skull has exploited the gifts of the world's greatest telepath to broadcast pure hatred across the globe. Now, born of the murder of Charles Xavier, World War Hate has begun.

Young does frequent covers for Marvel Comics, but his artwork and storytelling can be seen monthly in the the Rocket Raccoon ongoing series.