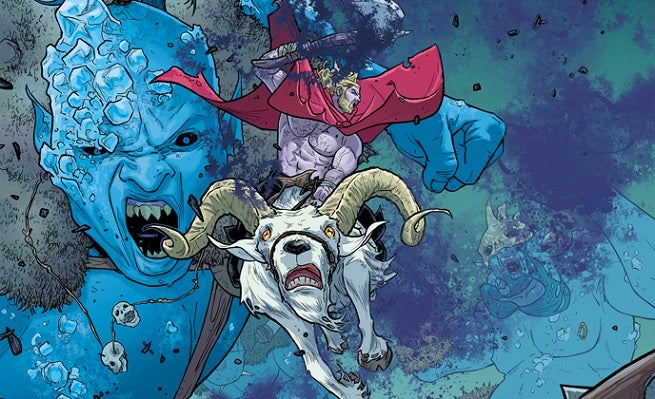 Marvel Comics have provided ComicBook.com with an exclusive first look inside the pages of Thor #1 by Jason Aaron and Russell Dauterman, including the moment where an anonymous female takes up Thor's hammer, seemingly changing its enchantment (to reflect "...if she be worthy..." rather than he) on the spot.

Before that, though, we get a look at Unworthy Thor, wielding his battle axe and doing battle with Malekith, who seems to be one of the driving forces behind the first arc (he was also seen earlier today in a pair of black and white preview pages released to Marvel's own website).

You can check the pages out below, along with solicitation text for the issue. 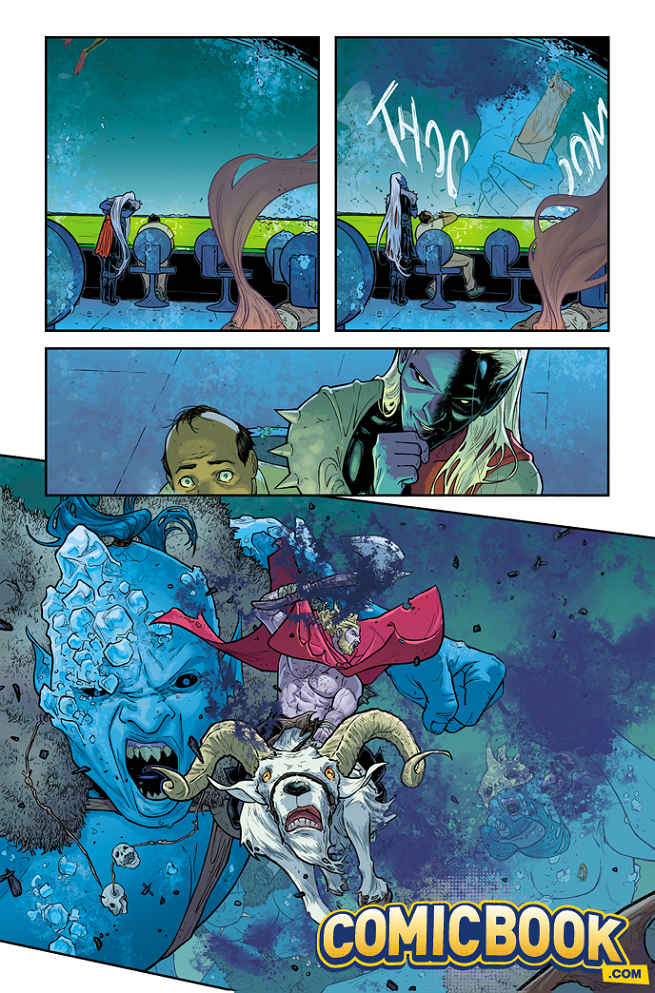 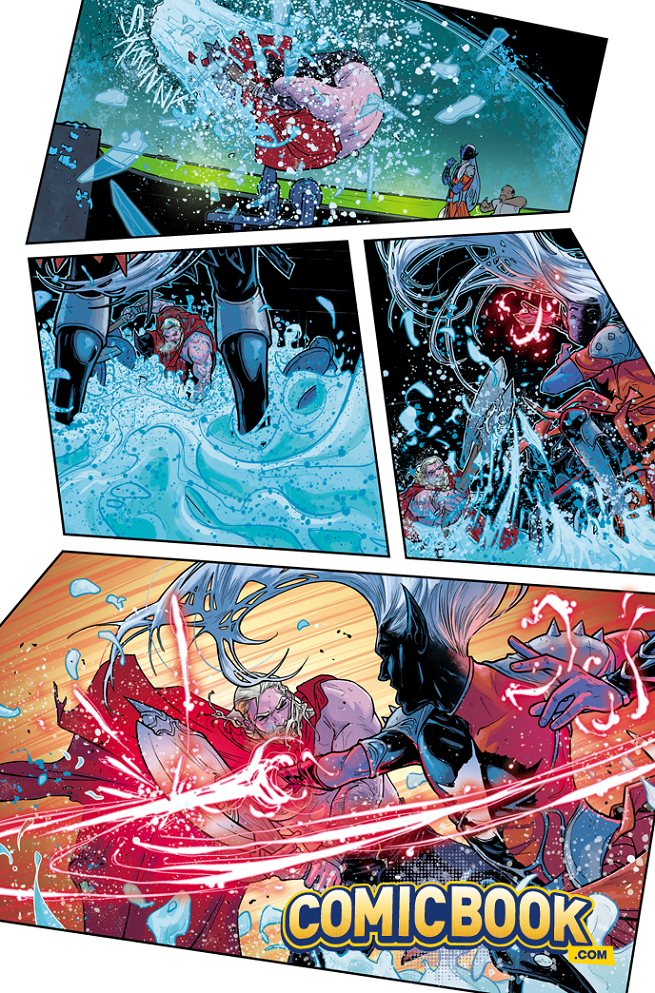 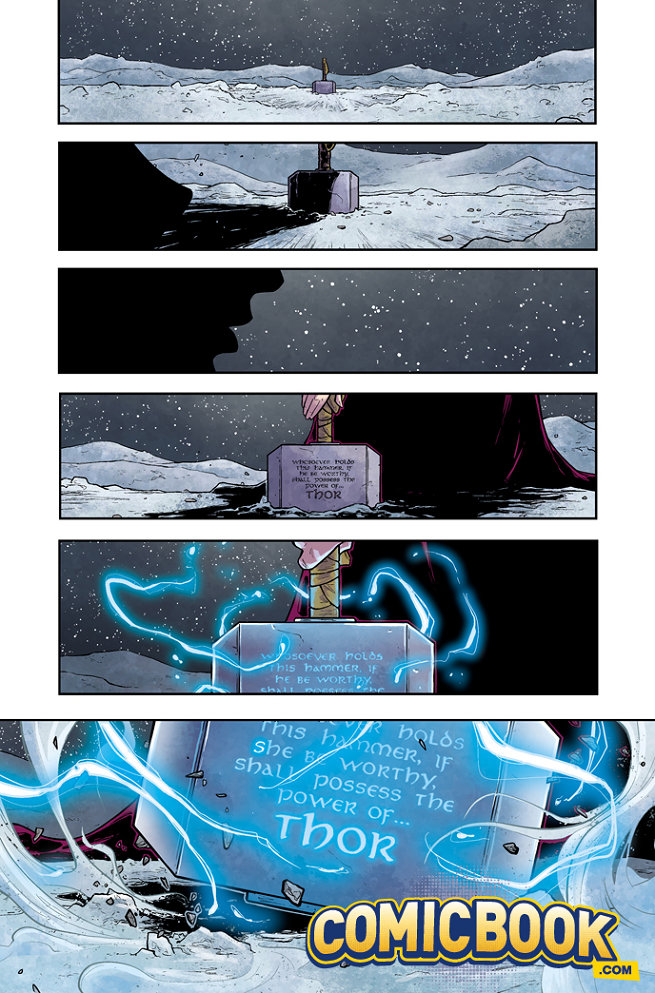 (W) Jason Aaron (A/CA) Russell Dauterman
• The great hammer MJOLNIR lies on the moon, unable to be lifted by anyone in all the heavens! Even THOR!
• Something dark has befallen the God of Thunder, leaving him weakened and for the first time in forever... UNWORTHY!
• But when Frost Giants invade the Earth, the hammer will be lifted and an all-new Thor will arise! A Thor unlike any we've ever seen before!
• Who is this new GODDESS OF THUNDER? Not even Odin knows!
• JASON AARON teams with hot up-and-coming artist RUSSELL DAUTERMAN (CYCLOPS) to create a bold new chapter in the storied history of Thor!
Rated T+