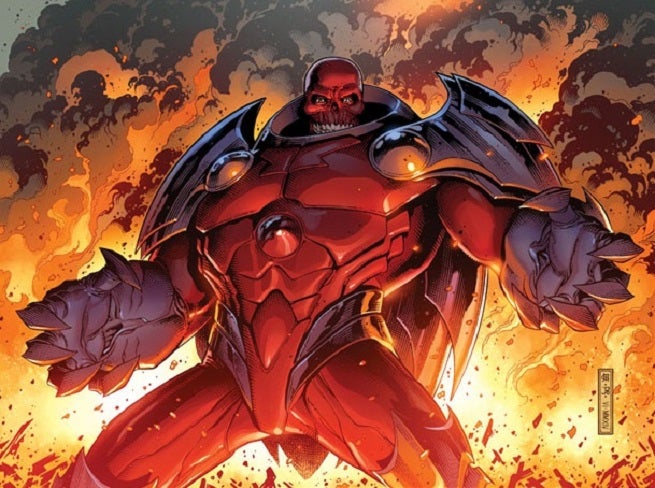 Ahead of the full release of Marvel Comics's solicitations for books shipping in October, the publisher have made the Avengers & X-Men: Axis solicitations available exclusively to ComicBook.com.

Each of the three covers by Jim Cheung, seen below, features a blacked-out figure...and not the same one either, from the look of it. It seems that Marvel, Rick Remender and Cheung are protecting a number of secrets.

Will we find out some of what's in store at next week's Comic Con International: San Diego or will we have to wait until closer to the release date for the issues? That's anybody's guess at this point.

Check out the official solicitations below, with covers...and check back later for some wanton speculation about just what the heck is going on in these books! 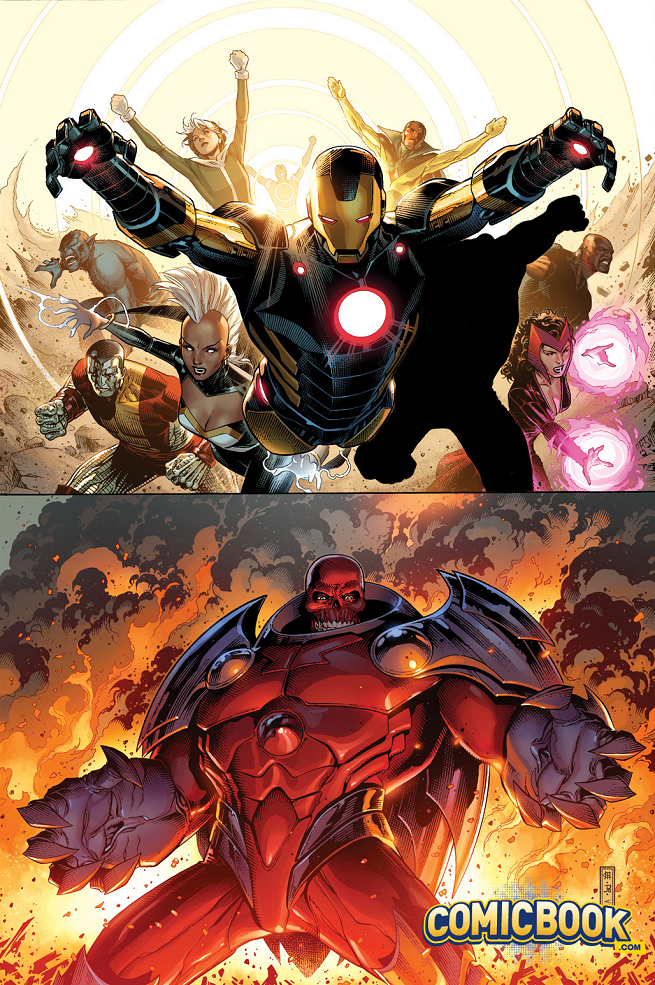 AVENGERS & X-MEN: AXIS #1 (OF 9)
RICK REMENDER (W) • ADAM KUBERT (A)
Cover by JIM CHEUNG
Variant Cover by SKOTTIE YOUNG
DEADPOOL PARTY VARIANT COVER BY Chip Zdarsky
DEADPOOL PARTY SKETCH VARIANT COVER BY Chip Zdarsky
VARIANT COVER BY MILO MANARA
INVERSION VARIANT COVER BY TBA
PREMIERE VARIANT COVER BY TBA
YOUNG GUNS COMPLETE VARIANT COVER
ACT I: THE RED SUPREMACY
• The Red Skull has exploited the gifts of the world's greatest telepath to broadcast pure hatred across the globe. Now, born of the murder of Charles Xavier, World War Hate has begun.
• Tony Stark discovers a secret truth that will upend not only his life, but also the lives of everyone he cares for.
• Can The Avengers and X-Men finally unite? Would their combined strength be enough to hold back the darkness of the Red Onslaught?
• Magneto murdered the wrong man, releasing the greatest evil the Marvel Universe has ever known. Now Rogue and Scarlet Witch are all that stand in its way.
40 PGS./Rated T+ …$4.99 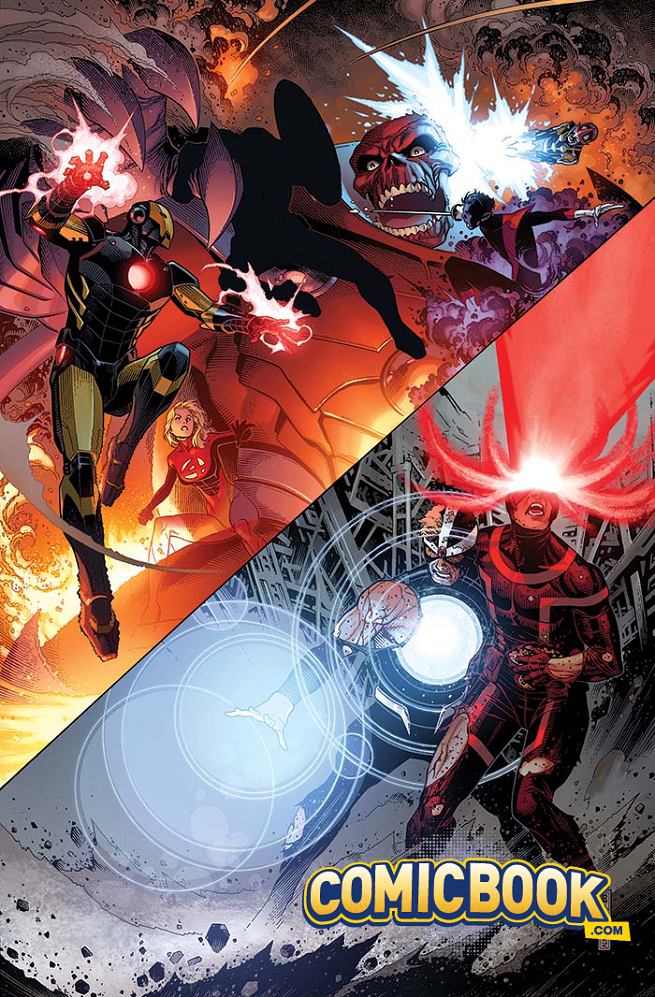 AVENGERS & X-MEN: AXIS #2 (OF 9)
RICK REMENDER (W) • ADAM KUBERT (A)
Cover by JIM CHEUNG
YOUNG GUNS VARIANT COVER BY MAHMUD ASRAR
INVERSION VARIANT COVER BY TBA
ACT I: THE RED SUPREMACY
• The heroes of the Marvel Universe storm the beaches of Red Skull's Genoshian Reeducation camps. What they discover within will lead to a bleak new era.
• The revelation of Tony Stark's dark secret promises to shatter the fragile alliance between A and X.
• The all-new Captain America pays a terrible price.
• Nova's attempt at solving the crisis leads to disaster.
• Magneto betrays his alliance to join an army of evil.
32 PGS./Rated T+ …$3.99 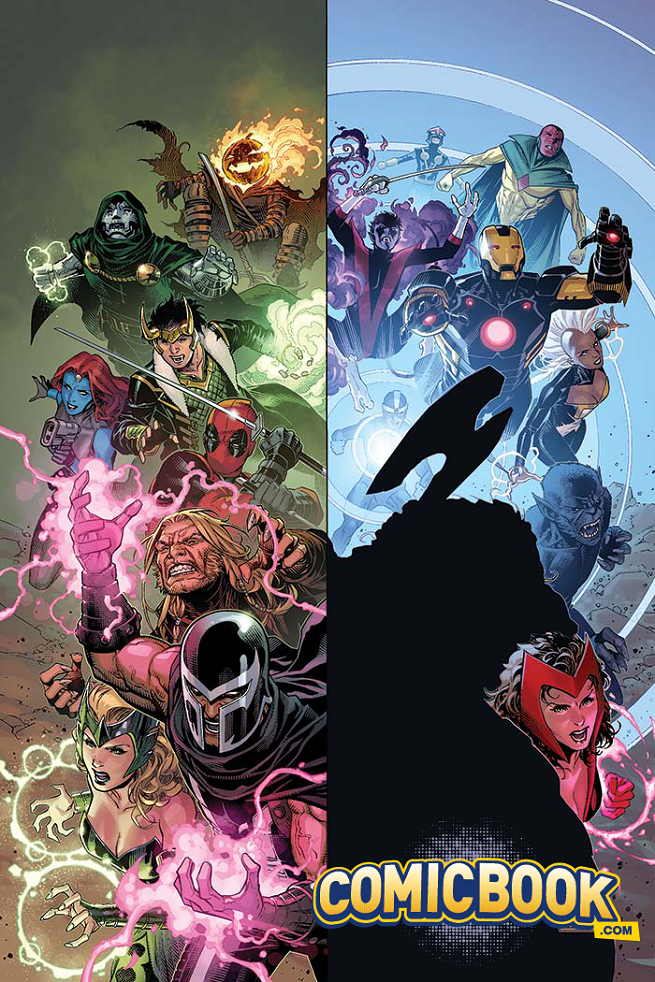 AVENGERS & X-MEN: AXIS #3 (OF 9)
RICK REMENDER (W) • LEINIL FRANCIS YU (A)
Cover by JIM CHEUNG
YOUNG GUNS VARAINT COVER BY NICK BRADSHAW
INVERSION VARIANT COVER BY TBA
ACT I: THE RED SUPREMACY
• With the heroes lost, the world's fate lies in the hands of the vilest syndicate known to man.
• Scarlet Witch is forced to join Dr. Doom, the man who unleashed her power to cause M-Day, or she will watch those she loves most die.
• The return of one of the Marvel Universe's great villains!
• An Avenger quits, a heart is broken, and the world as we know it is gone.
32 PGS./Rated T+ …$3.99