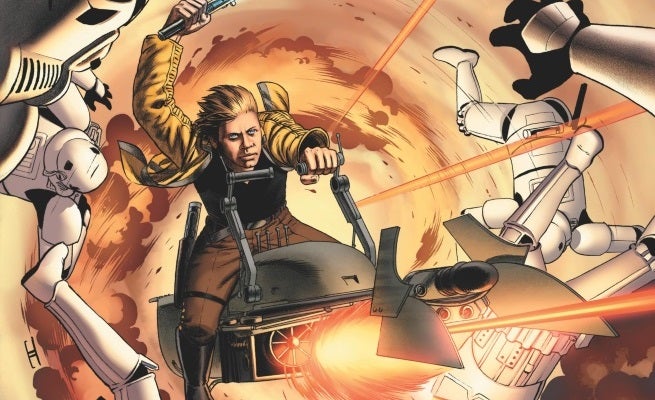 Marvel Comics has provided ComicBook.com with an exclusive preview of Star Wars #3, from John Cassaday and Jason Aaron.

In Star Wars #3, with the attack on Cymoon-1 ending in chaos, its up to Luke and the other rebels to try turn it into a victory, and strike a blow at the Empire and Darth Vader.

THE GREATEST SPACE ADVENTURE OF ALL TIME CONTINUES!

• The attack on Cymoon-1 comes crashing to an end!

• Will the Rebels overcome Vader to strike another blow against the Empire?

• And is Luke ready to be the Jedi Ben wanted him to be?