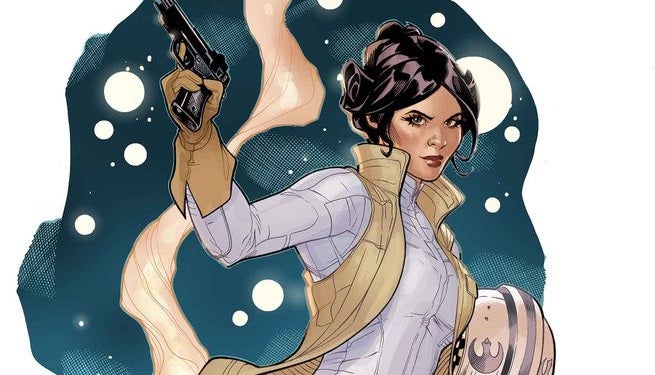 The five issue miniseries, written by Mark Waid (Daredevil) and Terry Dodson (X-Men) sees Princess Leia struggling to find her identity and place in the galaxy after the events of Star Wars Episode IV: A New Hope. She sacrificed her homeland for the Rebellion, so what does that make her the princess of?

Marvel has also provided ComicBook.com with several new variant covers for the issue, which can be seen in the gallery below.

• When Princess Leia Organa was captured by the Empire as a Rebel spy, she never betrayed her convictions, even in the face of the complete destruction of her home world, Alderaan. When her rescue came, she grabbed a blaster and joined the fight, escaping back to the Rebel Alliance and helping strike the biggest blow against the Empire-the destruction of the Death Star. But in the aftermath of that victory, the question remains...what is a princess without a world?
• Writer Mark Waid (Daredevil, S.H.I.E.L.D.) and artist Terry Dodson (Avengers & X-Men: Axis, Uncanny X-Men) bring us a story of Leia's quest to help her people and find her place in the galaxy.
Rated T