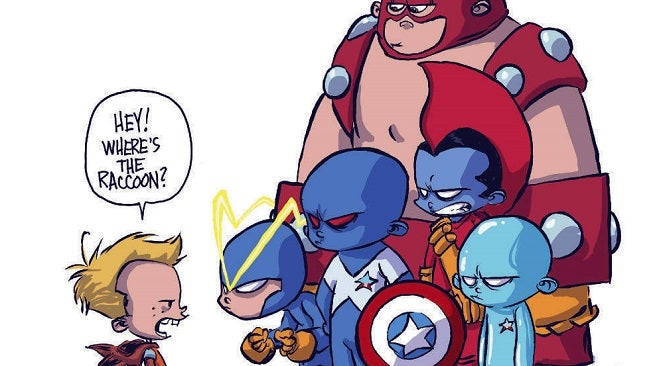 It will be the question that the original Guardians of the Galaxy have to face more than any for the foreseeable future, so Guardians 3000 #1 is apparently just owning it.

In the new, Skottie Young-drawn variant for the series' first issue, a kid asks, "Where's the raccoon?"

Funnier still, of course, because in addition to being the king of Marvel's variant covers, Young does Rocket Raccoon.

You can check the full cover out below. 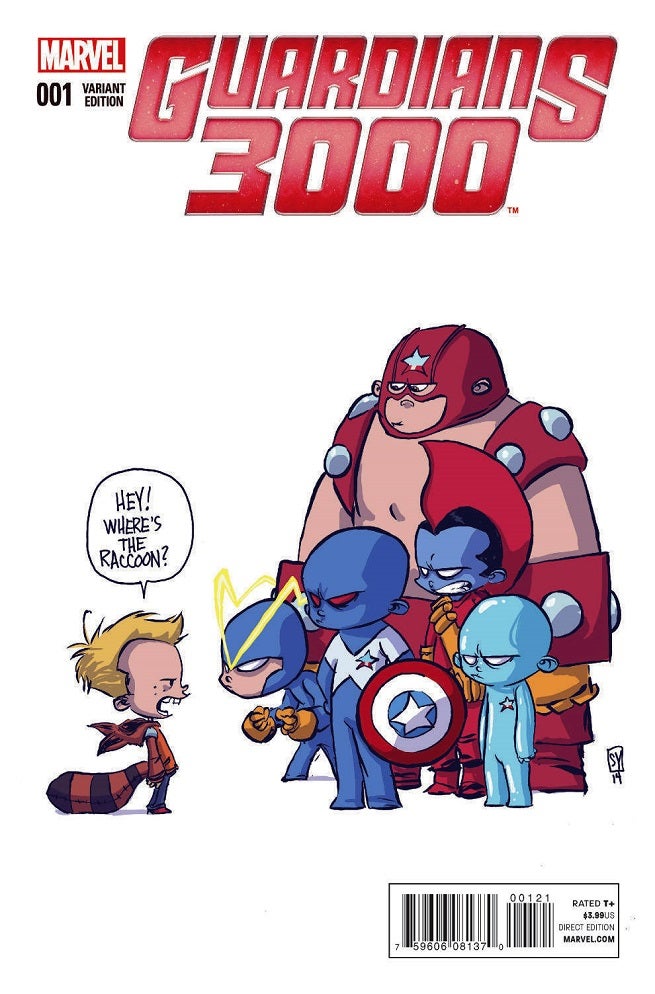 Brought together by fate, Vance Astro, Yondu, Martinex, Starhawk and Charlie-27 battle to liberate an enslaved galaxy from the menace of the Badoon! But what happens when they discover something behind the Badoon…something even worse than they could've ever imagined?

The very future is in danger, and its only salvation rests in the hands of a ragtag group of bombastic freedom fighters! But to save the future, they must look to the past, and the discovery of a mysterious young girl named Geena Drake could hold the key to saving all of reality. If you thought the Marvel Universe was dangerous, just wait till you get a look at it in the 31st Century!

What does the future hold? And when the dust clears, will there be a future worth fighting for? Find out when Dan Abnett makes his triumphant return to the Guardians of the Galaxy forGUARDIANS 3000 #1!