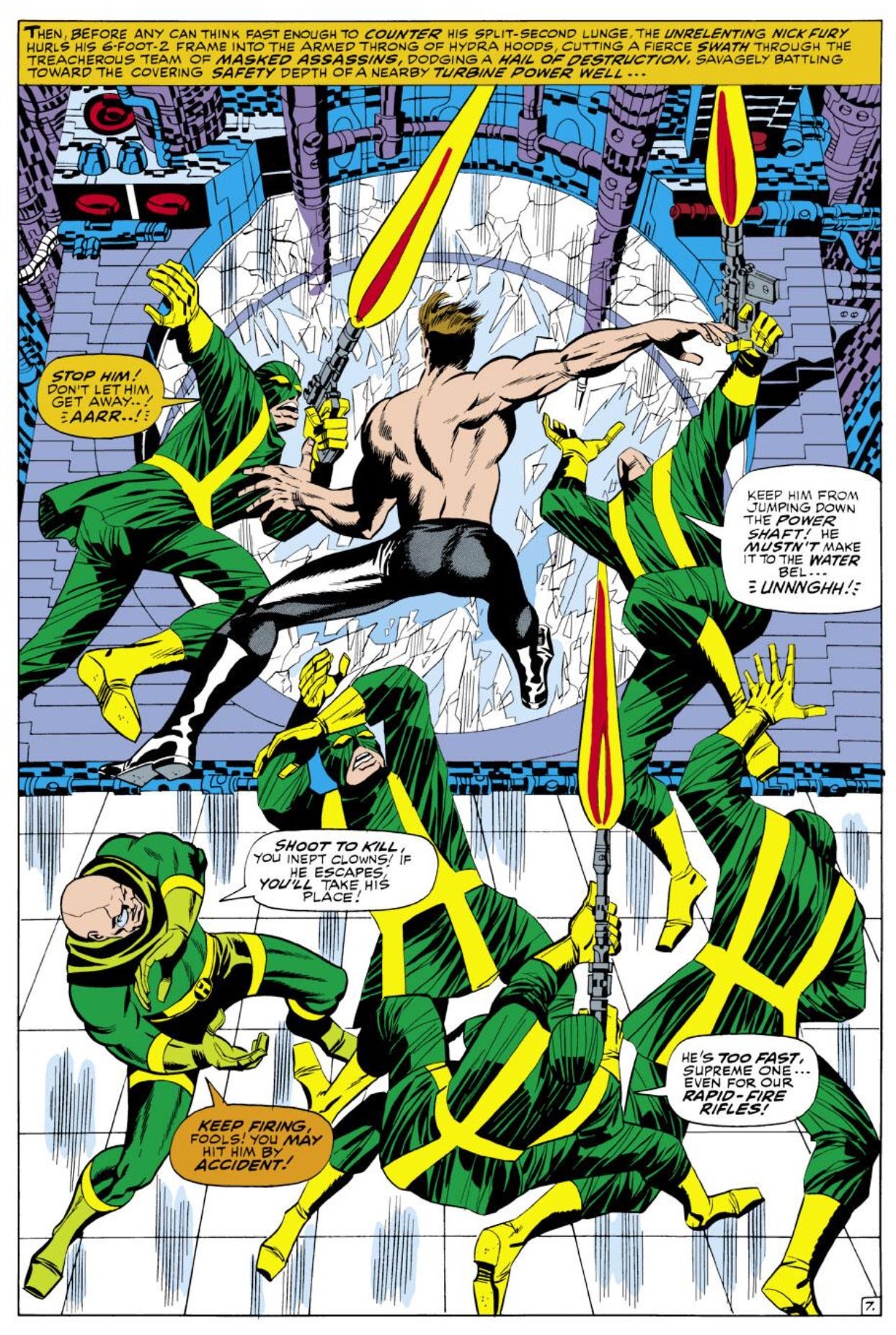 Jim Steranko, who wrote and drew probably the best run of S.H.I.E.L.D. comics since the concept was created, made headlines last year by being sharply critical of Marvel's Agents of S.H.I.E.L.D.

"A month or so ago, during a conversation with [Marvel TV chief Jeph] Loeb, he categorized the series as 'S.H.I.E.L.D. meets The X-Files.' Great premise, but barely in evidence. [Agents of] S.H.I.E.L.D. needs to be much tougher, much stranger, much edgier to reach its potential!" Steranko wrote shortly after the pilot aired.

The pilot was fairly well-regarded and well-reviewed, with Steranko's caustic write-up in The Hollywood Reporter being one of the few notable outlets to really let the show have it. Throughout the first half or more of the season, though, bashing the series became more and more en vogue as the show struggled to tell its story without spoiling elements of Captain America: The Winter Soldier.

"Not to suggest Agents of S.H.I.E.L.D. is breaking down my entertainment standards or even my level of tolerance," the writer said about this time last year, acknowledging that the series had improved somewhat in his estimation. "But we may be discovering a compromise between what I imagined the series could be and what I'll settle for."

He continues to write regularly about the series for THR; the only response we can recall from Agents of S.H.I.E.L.D. to Steranko's critiques was when series star Clark Gregg told him to try doing better himself if he didn't like it.

"I haven't talked to Steranko, no," the actor admitted. "I admired him a lot in the comics, and he has a lot of theories about the version of the show he would like to make. I encourage him to make one of his own."

Today, he's actually got some very nice things to say about superheroes on TV...

...except he's talking about Gotham.

And, yeah, still a little bit at the expense of Agents of S.H.I.E.L.D.

Note that it was a fan, not Steranko, who called out Agents of S.H.I.E.L.D. here, but the fact that Steranko didn't correct him is probably indicative that he's generally in agreement with the sentiment.

In any event, apparently we've found a show that makes Jim Steranko happy. Maybe now he doesn't have to start his own?