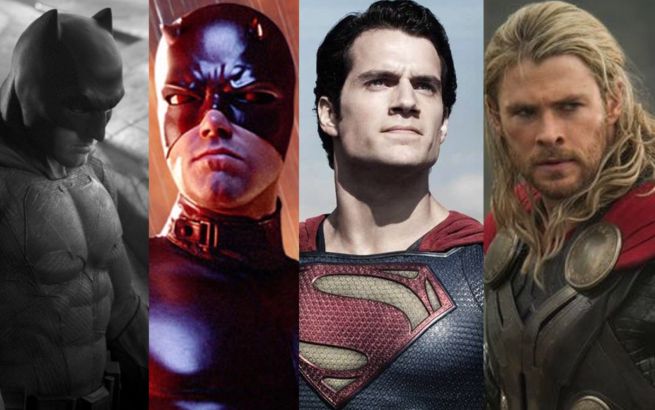 With that massively-popular fan video pitting Marvel and DC superheroes against one another, we were left thinking: In that perfect world where we could make such a thing happen, what would be the match-ups we'd like to see onscreen?

Well, many of the most obvious ones have already happened in the comics, of course; between individual crossovers, Marvel vs. DC and JLA/Avengers, it seems most of the really obvious match-ups have already been seen on the printed page...and while that's no reason not to want to see them onscreen, it does wear down the novelty somewhat.

So in addition to some ideas from the ComicBook.com staff, we reached out to Marvel vs. DC/DC vs. Marvel co-writer Ron Marz and artist Dan Jurgens to ask them whether there were any they'd have liked to do. Those will be our first five candidates, followed by the ComicBook.com answers in positions six through ten. 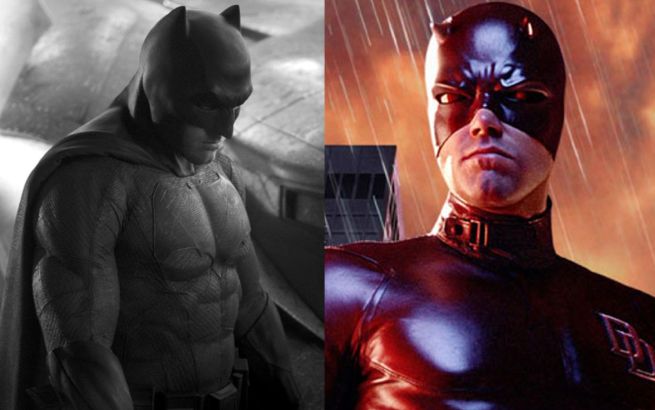 "We got to do Batman vs. Captain America, but I'd almost prefer Batman vs. Daredevil," Ron Marz responded to our inquiry, and Jurgens agreed.

Obviously there's an element of logic there; they're avengers of the night whose parents died as a result of street-level crime. They also both have those very pointy masks, which make their respective looks pretty distinctive.

More than all of that, though, so much of the DC vs. Marvel project was about finding fairly 1:1 analogues and having them square off against each other. After all, at its heart, that was kind of the premise of the story, which revolved around two massive cosmic "brothers"trying to outdo one another. And from that perspective, Daredevil -- who does what he does with what's mostly a normal human body -- is arguably a closer parallel to Batman than is Captain America.

And in terms of the current cinematic iterations? Both are hugely anticipated but nobody's seen either of them yet. But c'mon, Marvel zombies. Just try to tell me you don't want to see Daredevil punch Ben Affleck. 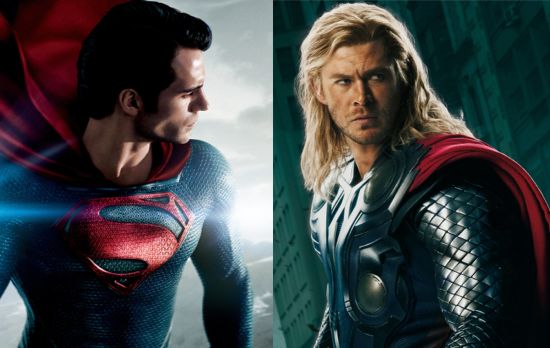 This one comes from both Marz and Jurgens as well -- and of course, Jurgens has to have a take on the outcome since he wrote both characters for quite some time, but he didn't share it.

We saw Superman and Thor square off in JLA/Avengers a little bit, but transitioning that to the screen could be huge fun. Chris Hemsworth's take on Thor has been fun and his performance has stood out in spite of some of Marvel's weakest scripts coming in his solo films. Henry Cavill similarly made everyone fall in love with him, even more of the people who didn't like Man of Steel.

And then, of course, there's the sheer scope of this one.

Add to that the fact that Thor and Superman both have strong moral codes that would bring this battle out to the middle of nowhere to avoid crowds and allow for lots of big, widescreen moments...yeah, this could be a ton of fun.

And, hey, apparently the actors get along. 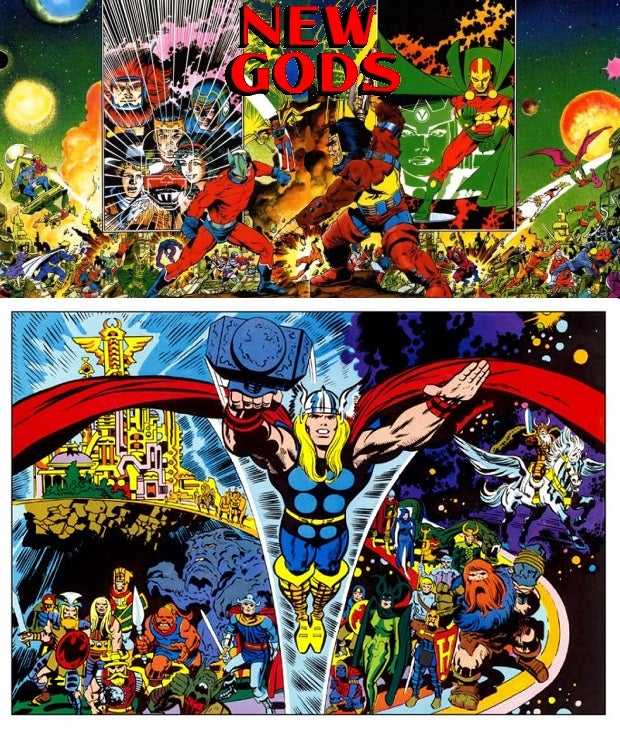 War of the Gods

This one from Ron Marz really stuck out to us as the most potentially epic (and likely totally unfilmable):

"I think if I had to pick on that we didn't get to touch on, it would be Marvel's Asgardian pantheon vs. the New Gods. But only if Jack Kirby drew it, of course."

And that would have been some glorious comics.

Onscreen? We'd love to see the abject insanity of such a project, but considering that we just finally saw the first bizarrely Kirbyesque designs brought to the screen accurately in the form of the Celestials in Guardians of the Galaxy, it seems hard to imagine they'd be able to swing it.

The Legion of Super-Heroes vs. the Imperial Guard

"I also remember joking about the LSH and Marvel's Imperial Guard," Jurgens said, but we'll take that for an entry.

The two groups are always on the periphery of their respective universes -- in the Guard's case because Marvel's cosmic universe is sometimes neglected in favor of the action in New York and in the Legion's because they're set so far in the future that crossover with the mainstream DC Universe are fairly rare and often just the setup stretches the suspension of disbelief.

This would, like the pantheon war mentioned above, be a giant undertaking with dozens of characters and a lot of really cool potential for basically superhero mega-battles...but the downside? Most people would have no idea what the hell they were looking at. 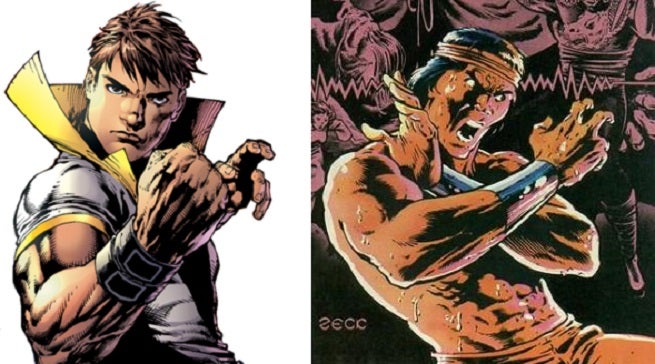 If there were ever a big-screen (or even small screen, hell) take on Shang Chi, the master of kung-fu against the Legion of Super-Heroes' Karate Kid (who would almost certainly not be able to have that name if he was adapted outside of comic books), I'd be the first in line for a ticket.

You could have the crazy blend of mysticism, superheroics and good-old fashioned... 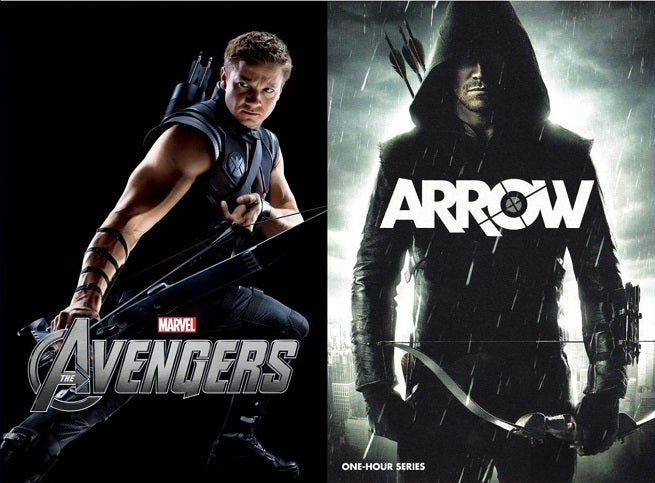 One is an Avenger, a member of the most powerful group of superheroes in the Marvel Universe.

The other is...well, currently he's dead, but he's also played by a guy who actually knows how to use a bow and arrow, so that's got to count for something, right?

Both Arrow star Stephen Amell and The Avengers' Jeremy Renner have said they'd like to appear on Agents of S.H.I.E.L.D. (or, more accurately in Amell's case, cross over with it) at some point down the line, so while it's wildly unlikely we'll ever see these guys comparing trick arrows, never say never! 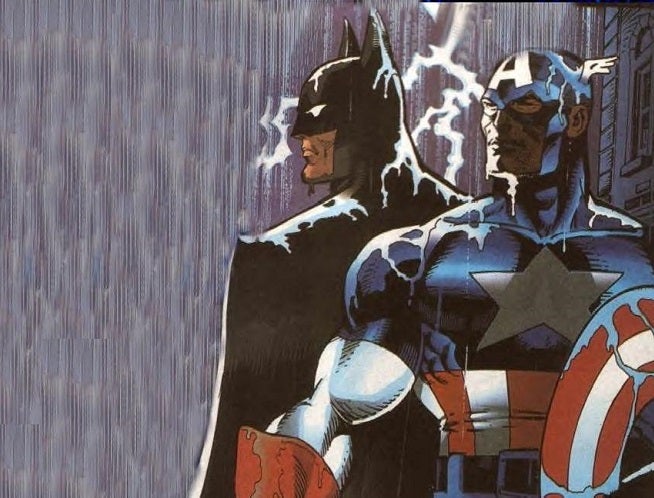 Yeah, we already talked about how this one isn't exactly 1:1 since Cap is an enhanced individual, and that we've already seen it play out in the comics (Batman won, but liked Cap so much that he saved him from drowning afterwards and the pair teamed up to save the universe).

Still, it would be cool to see on screen and the fact that the two of them have actually already been cast puts us ahead of a lot of the other match-ups on this list. 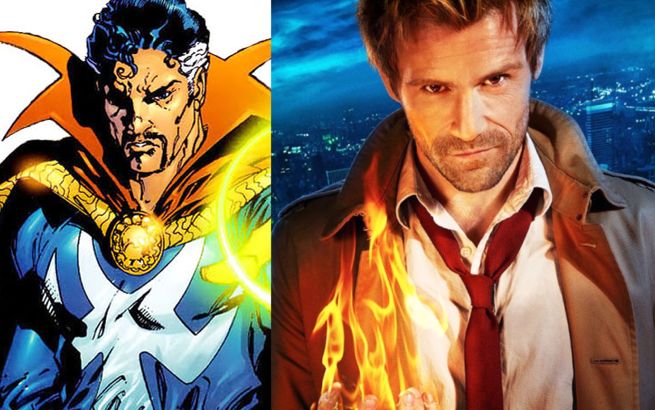 Just because it would be a ton of fun to see Matt Ryan bounce off of Benedict Cumberbatch, and the brash, foul-mouthed, chain-smoking "petty dabbler" annoying the crap out of the more traditional, somewhat pompous Sorcerer Supreme.

C'mon. It would be great.

What would be more fun than the anarchy of Coulson trying to figure out The Joker's logic or Melinda May heading into battle against Harley Quinn, swinging a big-ass hammer at her?

While it's easy for everyone to guess -- and ask for -- the next imem on the list, I'd rather see some of the smaller and more obscure teams bump heads. I mean, who ever thought we would even have a Suicide Squad movie?! 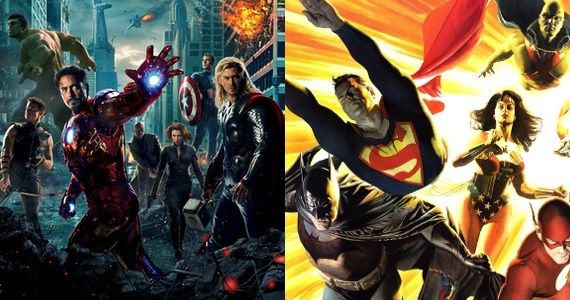 Justice League vs. The Avengers

This would, of course, be "the dream." Pitting the JLA and the Avengers against one another took about 20 years of development in the comics, though, and that's back when comics were far less controlled by their corporate overlords and managed by people who in some cases seem to have genuine animosity toward the competition. Doing it in comics these days would be impossible. On screen? Wow...it would defy belief if it were ever put together.

Ten Marvel Vs. DC Comics Crossovers We Want To See

Hulu's Ghost Rider Show Was Intended to Crossover With Helstrom, Two Other Shows

Marvel's Avengers Surprises Players With One of its Best Suits Yet