Earlier today, we ran a story that acknowledged the best and brightest in comic book movies this year. It's been an important year for comic book movies, with Christopher Nolan wrapping up his beloved Dark Knight Trilogy while Marvel brought its "Phase One" films to a head with the long-awaited film adaptation of The Avengers. The Amazing Spider-Man brought that character back from the brink of cinematic oblivion, providing a film that wasn't altogether perfect but which helped to at least get some of the bad taste of Spider-Man 3 out of our collective mouths. But just because all of the films have received warm reviews here at ComicBook.com and fans have enjoyed them doesn't mean they were totally without flaws--and if there's one thing you know about we critics, is that we live to point out flaws, even in the films we love. 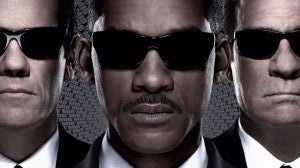 Worst Comic Book Movie: Men in Black 3 Yes, it hardly counts, since most people don't think of this as a comic book first--and no, we didn't hate the movie when we reviewed it. But ten years after the previous installment and five years after the last time anybody saw Will Smith on the big screen, this movie needed to be better, and to do more. It was just a warmed-over rehash of the same old ideas, with a time travel twist thrown in that was meant to differentiate it from the previous films but really just served to underscore that they were telling the same jokes in a new setting. And while none of that ruined the movie, nobody much will tell you that this film was an unqualified success.  Over at Rotten Tomatoes, this year's comic book adaptations are very much separated into classes; you've got The Amazing Spider-Man and Men in Black 3, holding onto ratings in the high sixties and low seventies--and then you've got The Avengers and The Dark Knight Rises, which wowed critics and audiences to the tune of 85% or higher on both scores. That's not just a huge gap--it's the difference between being and not being an objectively great movie. 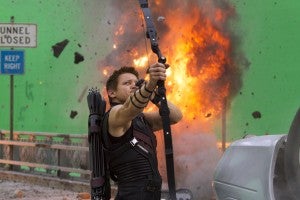 Worst Hero: Hawkeye, The Avengers This isn't even remotely a contest. The value of Hawkeye to the team is questionable at best, as is ever the case with archers and other skilled-but-not-super-humans on a team like The Avengers or the Justice League. But the same argument could be made for Black Widow, right? Wrong--Hawkeye spent about half the movie working for the bad guys and was only finally brought back around when he got the ever-loving, blue-eyed snot kicked out of him by Widow. She had compelling character beats, was instrumental to the good guys' victory by bringing Hawkeye back around and was a necessity in the film, since there were no other women in the movie, save Cobie Smulders and Ashley Johnson, who each had more than half of their screen time end up on the cutting room floor. Hawkeye brought nothing to the table, and as an extra "Oh, by the way"--remember that if he hadn't helped Loki attack the Helicarrier, Coulson would still be alive. "We had Jeremy Renner under contract" is not sufficient reason to add another character to an already-crowded ensemble if he doesn't have anything to add to the proceedings. 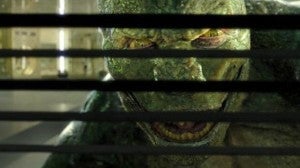 Worst Villain: The Lizard, The Amazing Spider-Man There were a handful of real weaknesses in The Amazing Spider-Man; the plot holes created by what appears to be a dramatic last-minute rewrite in service of franchise over film can be blamed for many of them, but this one is not likely to have been fixed by a re-edit of the film: The Lizard was really a let-down. The effects people never really seemed to figure out a look that fans liked, with each new image drawing a fairly even split of applause and criticism, some of the latter pretty harsh. It also seemed like most of his "master plan" must have been cut from the film, as he didn't ever pose much of a credible threat to New York or even Spider-Man. He just wasn't very menacing--the most threatening thing associated with the character was actor Rhys Ifans being arrested at Comic-Con in 2011 after a conflict with a security guard (and really--how malevolent is that? Anyone who's ever attended Comic-Con likely wanted to punch one of their security goons at one point or another).  Worst Philosophy: Warner Bros. Not only has DC consistently failed to make a great non-Batman superhero film for years, but if you'll remember, Man of Steel was originally meant to be released in 2012. The release date was pushed back to June of next year, setting the stage for a great performance by Warner Brothers in 2013 (Superman will trump Captain America and Thor) but pushing back the DC Entertainment "cinematic universe" for another year giving fans even less faith that a film version of Justice League could ever work.