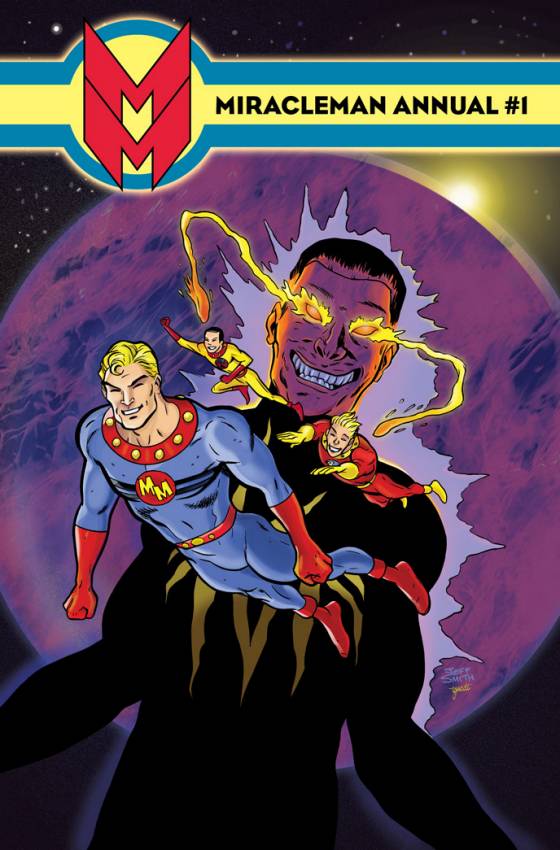 Morrison wrote the story with the blessing of the comic's publisher but ultimately it was never published. In a 2012 interview, Morrison cited the series' then-writer Alan Moore as the reason:

I didn't want to do it without Moore's permission, and I wrote to him and said, "They've asked me to do this, but obviously I really respect you work, and I wouldn't want to mess anything up. But I don't want anyone else to do it and mess it up." And he sent me back this really weird letter, and I remember the opening of it, it said, "I don't want this to sound like the softly hissed tones of a mafia hitman, but back off."

"[In the interview,] Grant said something like, 'I'm sure I have the script somewhere, maybe I'll dig it up and just post it online for the fans, just for the fun of it," Quesada said. "Several things came to mind. One was, 'Oh my God, this actually happened.' Another was, 'Oh my God, he may have the actual script.' Another was, 'Please don't put it out for free yet!'"

The story will be published as part of a Miracleman Annual, which will also feature a story by Peter Milligan and Mike Allred. The issue features the first new Miracleman stories in 20 years and a pair of covers by Gabrielle Del Otto and Jeff Smith.

"We're doing a story that, if you like, looks at the Mick Anglo years, what might be seen on the outside as the innocent, old-fashioned years," Milligan said. "There's a scintilla of self-awareness, with Marvelman being — I don't want to give too much away, but the story is not without some awareness that it's all going to change very quickly. It's an homage. All the guys are there, all the craziness."