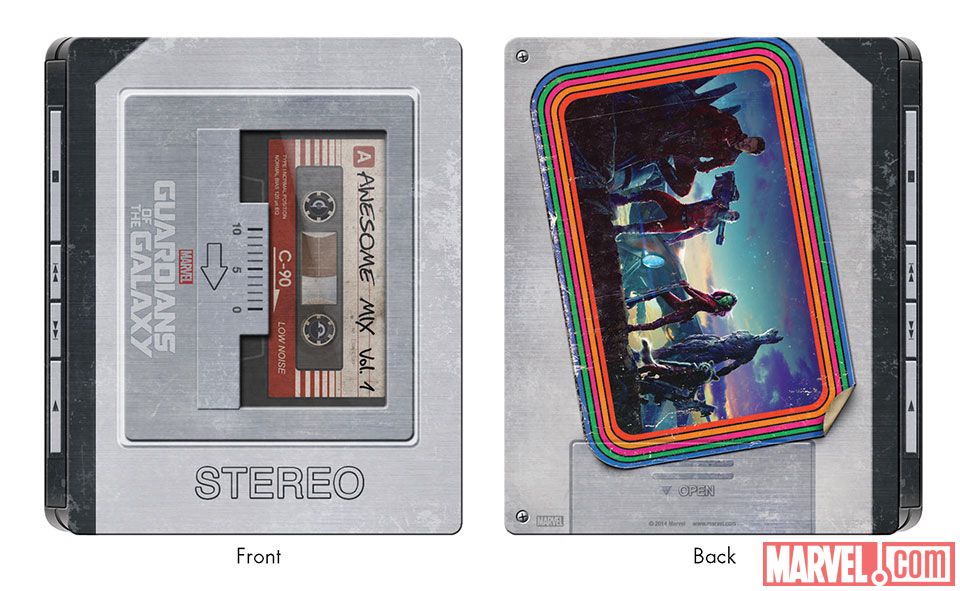 Variant covers have come to Blu-ray, as the Guardians of the Galaxy retailer-exclusive special features have been revealed...and it includes a handful of different covers for the movie's packaging, including the previously-announced steelbook case that will be available through Best Buy (seen above).

Revealed over at Marvel.com ahead of the film's release on Blu-ray and DVD, Target stores and the Target Ticket website will feature an exclusive featurette, "An In-Depth Look at Creating the Galaxy," the only exclusive with new footage.

Over at Wal-Mart, they've got limited edition character poster oversleeves. Each Guardian gets their own O-Sleeve, but the insert itself remains the group shot.

You can check out a gallery below. Guardians of the Galaxy is available on streaming services now, and comes to Blu-ray, DVD and On Demand on Tuesday, November 9, 2014.