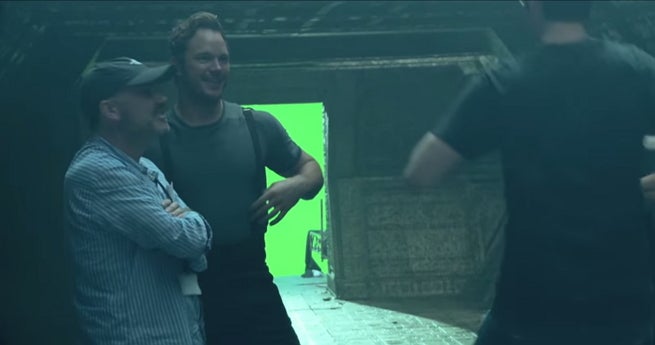 In an interview with Paper Bug TV, director James Gunn revealed that a dance-off happened on the set of Guardians of the Galaxy during filming.

"There was a great moment on set when Ronan, played by Lee Pace, started doing a big danceoff with Peter Quill that we shot," says Gunn, "...we have this big scene with all of the characters dancing, and all the extras dancing. It's going to be a great behind-the-scenes."

Maybe the footage will make it onto the DVD release as a special feature.

Guardians of the Galaxy is now in theaters.