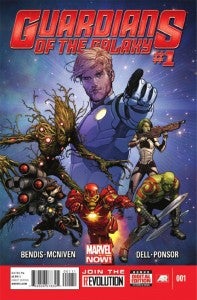 Marvel Comics has released a preview of Guardians of the Galaxy #1, from the creative team of Brian Michael Bendis and Steve McNiven. In addition to a rampage by Gamora, as teased at Newsarama where these pages originated, we also get a little more between Star-Lord and his dad, which is notable since the daddy issues for the lead character seems to have become a central theme of Bendis's take on the characters. Check out the pages and preview text below!

There's a new rule in the galaxy: No one touches Earth! No one!! Why has Earth become the most important planet in the Galaxy? That's what the Guardians of the Galaxy are going to find out!! Join the brightest stars in the Marvel universe: Star Lord, Gamora, Drax, Rocket Raccoon, Groot and--wait for it--Iron-Man, as they embark upon one of the most explosive and eye-opening chapters of Marvel NOW! These galactic Avengers are going to discover secrets that will rattle Marvel readers for years to come! Why wait for the movie? It all starts here! 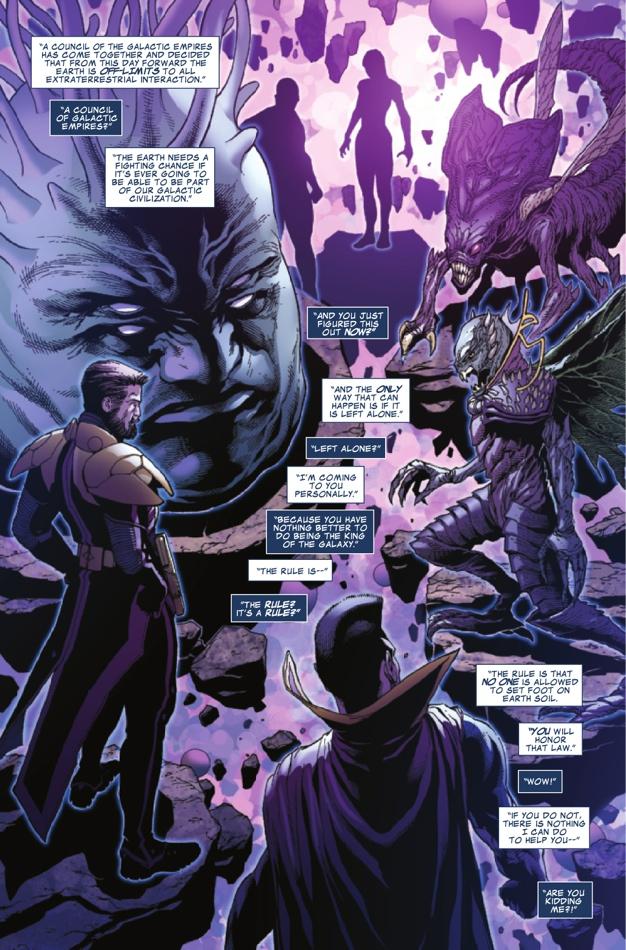 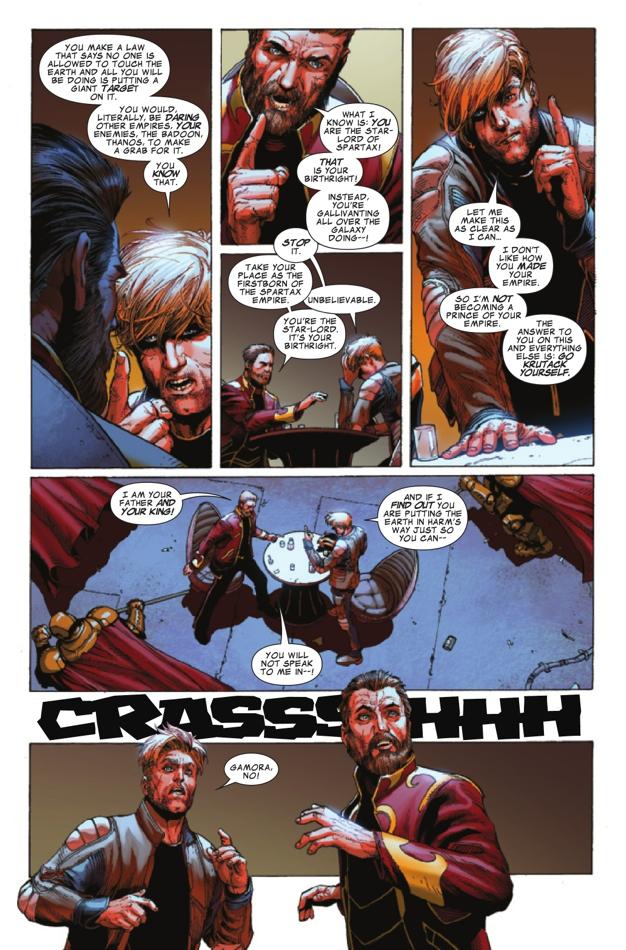 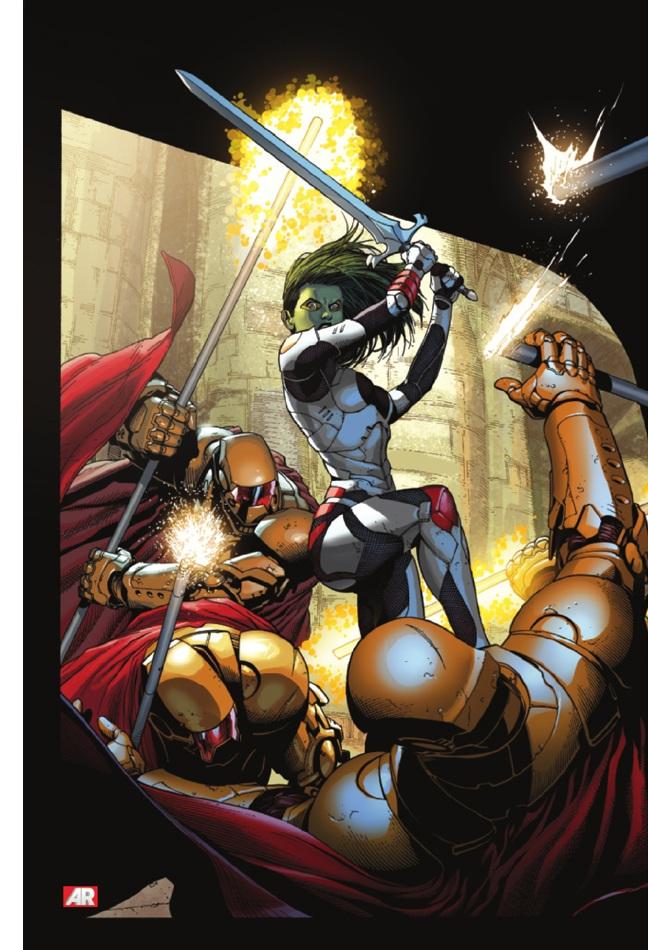 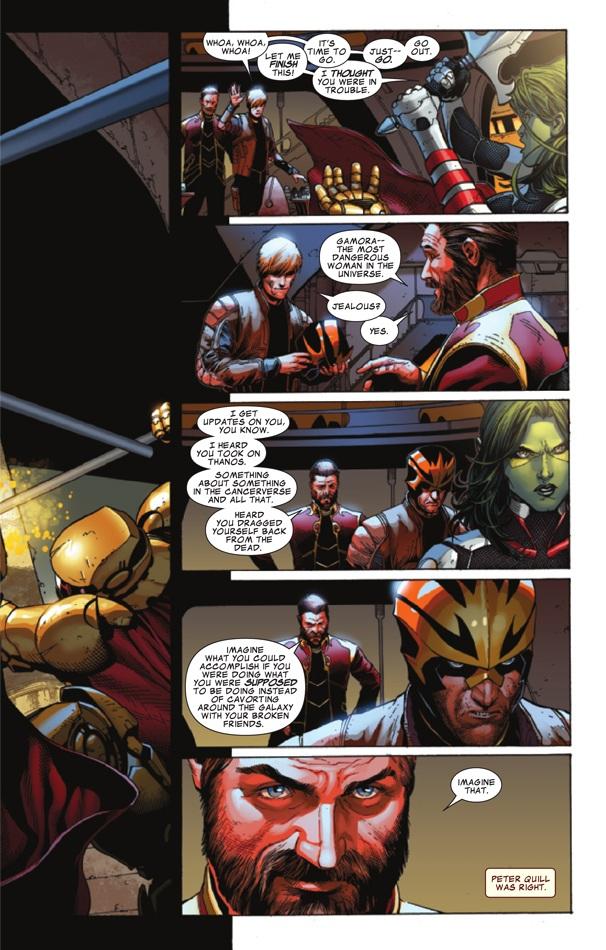