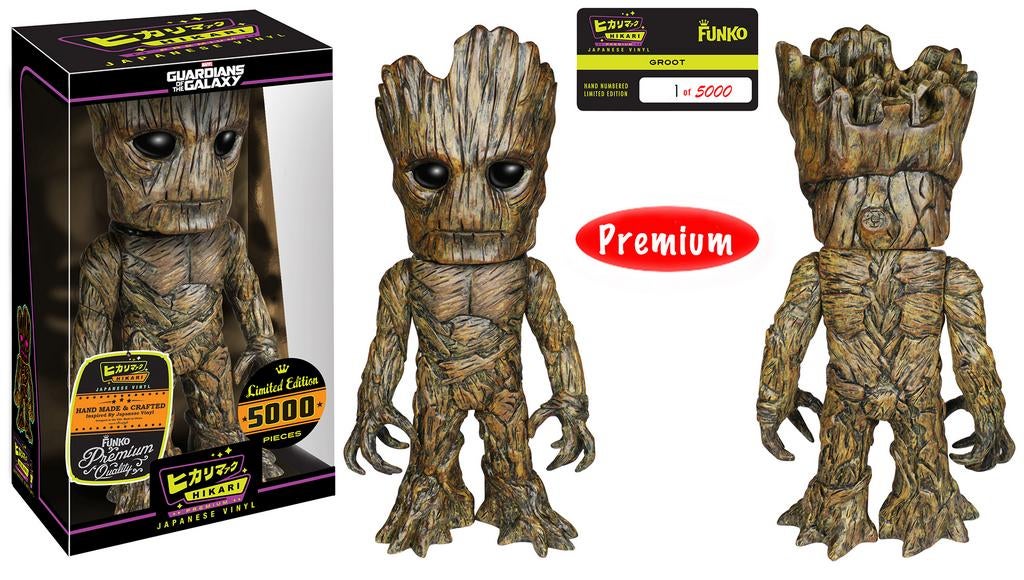 Groot, the breakout character from this summer's biggest movie -- Marvel's Guardians of the Galaxy -- will be released as a premium-format Hikari limited edition figurine from Funko, Marvel Comics's Ryan Penagos announced today via Twitter.

The fine folks at @OriginalFunko asked me to reveal another Groot figure & it's part of their limited ed Hikari line! pic.twitter.com/lGROde0bbf

No specific details were given regarding a release date or price point for the toy. The figure isn't yet listed on the Funko website (here are the two Groot toys they've got available).

Marvel Toy News spotted it at New York Comic Con, along with a number of multicolored variants, and couldn't tell whether it was one of Funko's 6" Hikaris (usually $50) or the $80 8" variety.