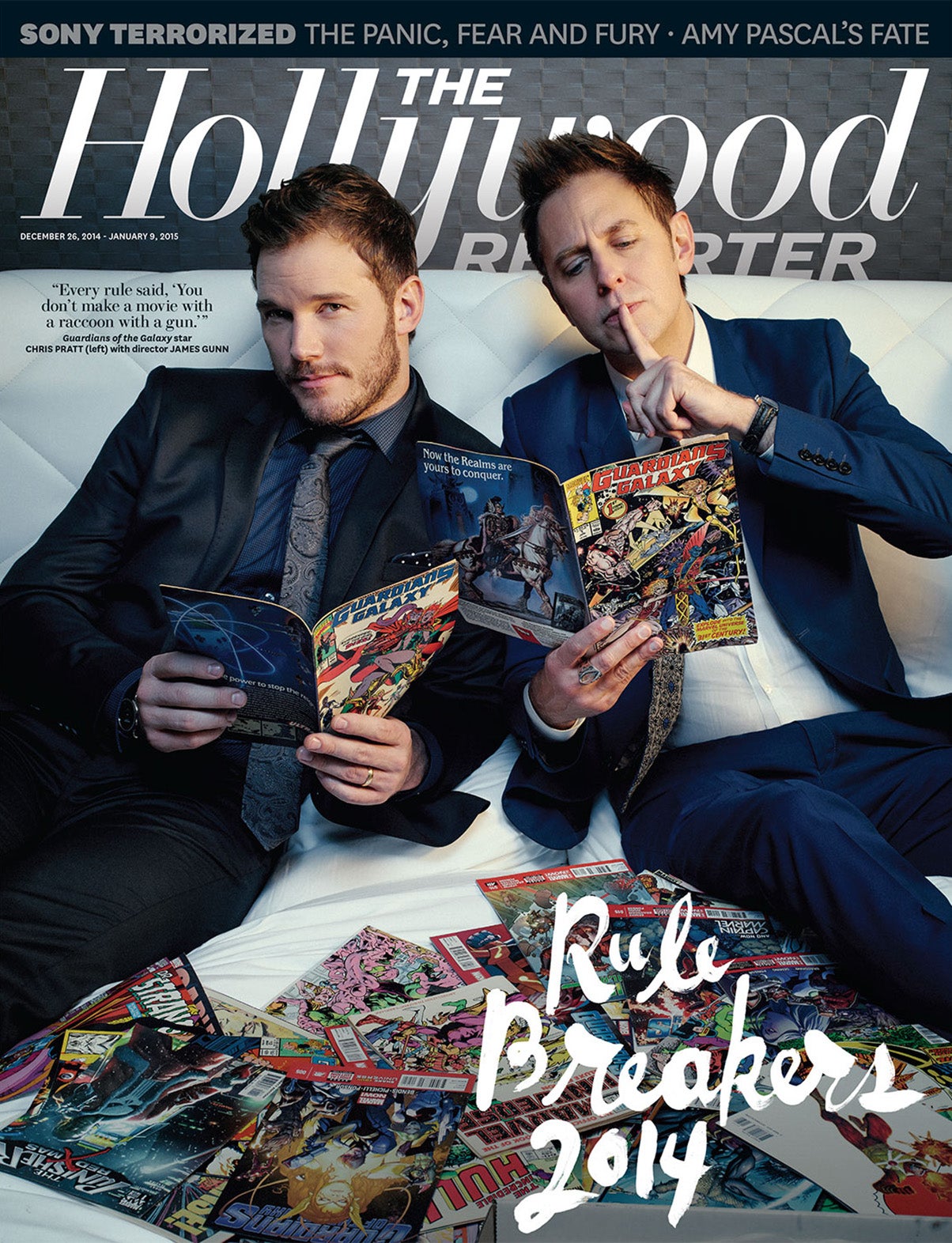 Some things are just meant to be, like James Gunn and Chris Pratt. Together. In a bed. Reading comic books.

The galaxy's biggest pranksters teamed-up for said fantasy-turned-reality, delivering one of the year's best magazine covers for The Hollywood Reporter's January 2015 issue. Unsurprisingly, the leading forces behind this summer's Guardians of the Galaxy are reading, well, Guardians of the Galaxy comics (though it looks like someone goofed and threw a DC comic onto their stack).

As part of The Hollywood Reporter's "Rulebreakers of 2014" list, Gunn, who directed Guardians, and Pratt, who played Star-Lord, opened up about making one of Marvel's most critically-loved films.

"Every rule said, 'You don't make a movie with a talking tree,' 'You don't spend this much money on a raccoon with a gun,' " Pratt told the Reporter. "For me, I was like, 'Oh, so this movie is going to bomb. Done. This is the end of my career.'"

In the interview, Gunn, who also co-wrote the screenplay, discussed the internal battle he had while injecting humor into Guardians' script.

"They needed the humor and the fun -- they just didn't know it yet," Gunn revealed. "But there were those nights at 3 a.m. when I would wake up and be like, 'Oh my God, what am I doing? If this goes wrong, my life is screwed. I'll be a pariah.' "

Good thing for everyone that events didn't unfold that way. The Gunn and Pratt-headlining issue of the Hollywood Reporter hits newsstands on January 9th.