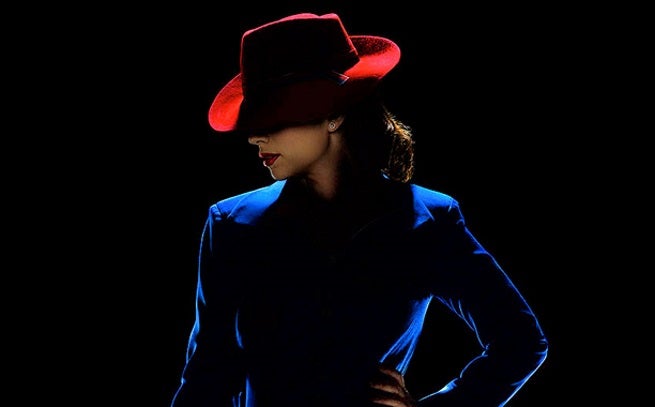 When Marvel's Agent Carter debuts next week, actor Hayley Atwell promises that it won't come with any fluff.

Atwell, who plays Agent Carter on the ABC miniseries, revealed that her character will tackle some dark and pressing missions. All of which, according to the actor, will have consequence throughout the entire series. A "mission of the week" show, Agent Carter won't be. In fact, Atwell likened the season's eight-episode run to "four films," saying that the show's story benefits from a compressed run-time.

One of those places will be Agent Carter's grief, stemming from the loss of Steve Rogers. Agent Carter takes place shortly after the events of Captain America: The First Avenger, when the world thinks that Captain Americadied in the closing days of World War II. However, Atwell said that Peggy will use the Sentinel of Liberty as a personal source of strength as she battles HYDRA, spies, and her peers' underestimations of her.

"I think she found in him the love of her life, the greatest man that she's ever known in terms of his character and his values," Atwell further told TV Line. "And in that grief we see her own personal struggles and her own kind of exhaustion, but also the determination to carry on his work."